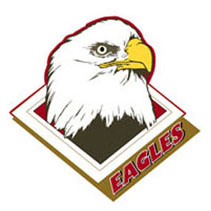 Senior quarterback Hagan Driskell posted a career-high four touchdown passes and wide receiver Tyler Beiler hauled in three touchdown passes as the Bridgewater Eagles (8-2) football team posted a 38-28 victory over the Catholic Cardinals (4-6) to round out the regular season.

Bridgewater’s eight wins on the year marks the most since the 2006 season.

Following a short drive from the Cardinals, Bridgewater’s ensuing drive chewed up eight minutes before setting up the Eagles from the one-yard line on fourth down. The Eagles elected to go for it, but running back Darrin McKenzie was met in the air, keeping the game scoreless with under six minutes to play in the first stanza.