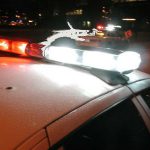 A 12-year-old was found dead from a single gunshot wound in the 1000 block of Kiddsville Road in Augusta County late Saturday night.

A press release from the Augusta County Sheriff’s Office offered little else in the way of detail regarding the death, other than that the office is investigating, and that the incident is being treated as “isolated” with no threat to the community.

The shooting was reported at 9:45 p.m. Saturday.

The child was pronounced dead at the scene.