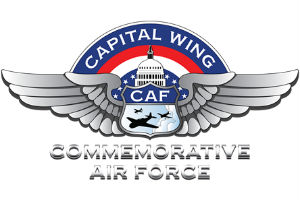 The Capital Wing of the Commemorative Air Force will celebrate National Aviation Day on Aug. 19 by flying its 1945 General Motors TBM Avenger torpedo bomber over Kill Devil Hills, N.C., and the Wright Brothers National Monument, where the first powered flight was achieved 1903.

The public will be able to purchase warbird rides in the TBM Avenger and have a 21st century experience over the site of the first-ever flight 118 years ago in a 76-year-old warbird.

Warbird Rides in the TBM Avenger will be available on Thursday and Friday August 19 and 20 and should be purchased in advance at the Capital Wing bookings website www.capitalwingwarbirdrides.org.

All flights will originate at the Dare County Regional Airport, 410 Airport Rd, Manteo.

(Appearance by the TBM Avenger subject to sufficient advance warbird ride sales, and as always weather and maintenance.)

The Capital Wing is an all-volunteer non-profit organization based in Culpeper with over 100 members and is a unit of the Commemorative Air Force whose mission is to educate, inspire, and honor through flight and living history experiences.

The CAF now ranks as one of the largest air forces in the world with a fleet of more than 175 aircraft. By bringing its TBM Avenger “Doris Mae” to Nags Head for the public to see, hear and fly in, the Capital Wing can think of no better way to observe National Aviation Day and celebrate the mission of the Commemorative Air Force.

“Warbird rides are an opportunity for the public to sit in the same seats as did the crew of our aircraft in WWII. And feel the same power of the engines at take-off just as they did. And smell the same smells they did,” said Pete Ballard, Warbird rides coordinator for the Capital Wing. “Providing these warbird rides is a part of the CAF mission to honor the thousands of men and women who built, serviced and piloted the vintage WWII aircraft we keep flying,” he said.

The Capital Wing and the Commemorative Air Force are non-profit 501(c)(3) organizations and ticket purchases may be tax-deductible.