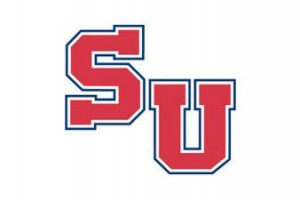 Anderson, who led the Hornets to their second straight ODAC championship and third-ever regional title this past spring, has 26 home games on tap for the spring of 2020.

SU opens the ’20 season, Anderson’s 17th as the Hornets head coach, with a February 15 non-league doubleheader versus Misericordia.

The double-dip is one of seven that the squad has planned for at home next spring. Widener visits on February 22 for a noon non-league DH with Neumann scheduled for the same one week later. That February 29 doubleheader is day one of what will be a three-game weekend set with the Knights.

The final four doubleheaders all come in league play. Emory & Henry visits on March 7, Roanoke on March 21, Randolph-Macon on March 28 and Ferrum on April 11.

The Messiah game, on April 24, will serve as Senior Day.

On the road, the Hornets travel to Virginia Wesleyan, Lynchburg, Hampden-Sydney and Guilford for weekend doubleheaders in addition to returning home games to its three midweek opponents.

Misericordia, Susquehanna, PSU-Harrisburg and Salisbury were all NCAA Tournament teams in 2019.

“We steadily improved last season and put it together by the end of the season,” Anderson said. “We are going to have to be ready to compete right from opening day as we have a number of good teams coming in during the first month of the season.

“Our alumni have set the standard in the program and I believe we have the ability to meet that standard. Our seniors will lead us again.”