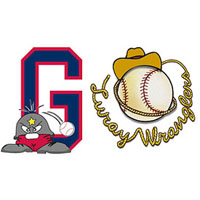 Luray rallied from an early 5-0 deficit to send the game into extra innings, and then had to hold off an 11th-inning Waynesboro rally en route to a 9-8 win Saturday night.

Before a season-high crowd of 583, two of the hotter teams in summer baseball – Luray had come in having won nine of 10, and Waynesboro had won nine of its previous 11 – put on a show for the fans.

At the outset it looked to be all Waynesboro, as the Generals continued a recent trend with the long ball, getting a first-inning homer from Brandon Murray, his league-leading sixth of the season, and a third-inning two-run blast from Jacob Hoyle, his second in two nights, to lead 5-0 after three.

Luray tied the game at 5-5 with a four-run sixth off Waynesboro starter Rob Curran, but the Generals went back up 6-5 on an RBI single by Caleb Palensky, who had four hits on the night, to make it 6-5.

The Wranglers tied it at 6-6 in the seventh when Yandy Viera singled with two outs to score Roche Woodard.

It stayed that way until the 10th, when Luray took its first lead of the ballgame on a two-out infield single by Robby Campbell that scored Nick Carillo from third base.

Waynesboro tied it back up in the bottom of the 10th on a one-out RBI single by JoJo Woods, but Bradley Noland hit into a 4-6-3 double play with runners on the corners and one out to end that threat.

In the top of the 11th, Luray went up 9-7 on a two-out, two-run single by Nick Carillo off Waynesboro reliever Eric Stout (1-2).

A two-out infield single by Ryan Breen scored Caleb Palensky from third and cut the deficit to 9-8, but Brandon Glazer struck out looking to end it.

The loss, the second in a row for Waynesboro, sends the Generals (12-6) into a first-place with Harrisonburg (13-7), a 7-2 winner over Woodstock on Saturday.