Breen starts off his summer season with a night to remember 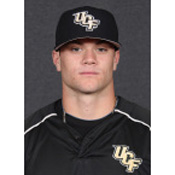 Sunday night’s Waynesboro Generals game ended with Ryan Breen’s first career walk-off home run that pushed Waynesboro to a 6-5 win over Harrisonburg, and began 14 years ago when Breen first set up behind the plate as a catcher.

It was by pure chance that Breen ever even got behind home plate. An 8-year-old Breen had played first base and covered for a teammate as catcher one night, and from that moment on he has known where he belongs on the field.

“I’m a part of every play,” Breen said fondly to illustrate his love for his position. He may have played in the outfield in the past, but that’s the quote that tethers him to catching.

With his 10th-inning game-winning home run on Sunday, he met his goal of making a good first impression for his teammates on the field.

This is his first year with the Waynesboro Generals, and he’s made a nice addition to the team both on and off the field. Breen is one of four players on the team this season from the University of Florida, where he is a junior majoring in interpersonal/organizational communications.

Hailing from his home town in Palm City, Fla., he’s enjoyed his summer move up north. It may be a “big difference,” as he described it, but thus far the likes the cooler air and contrast of small-town life to the hustle of college town.

He may not be the average catcher, weighing in among the lightest men on the team, but he’s deadly effective behind home plate and has earned his reputation for calling a good game.

His goal was to make a good impression on the team and fans with it being his first time on the field this season. It’s safe to say he succeeded.