5 sports enjoyed by wealthy entrepreneurs in their off-time 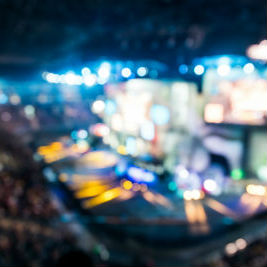 If you want to run a successful business, then it’s important to maintain a healthy work-life balance. While that phrase may sound like a buzz word, it’s common practice among modern entrepreneurs.

Getting involved in sports is an especially popular hobby. Many entrepreneurs invest in their favorite teams by buying them, others hire top notch trainers to learn how to play, and some enjoy games from coveted front-row seats.

Mark Cuban (known recently for Shark Tank), a self-professed lover of basketball, owns the Dallas Mavericks. When Cuban bought the team in 2000, he said “This is a business, but it is a business that I am willing to commit as much money as it takes. Whatever energy, funding, to make this team successful.” Since Cuban has owned the team, the Mavericks have made it to the playoffs 80% of the time, and even won the NBA Finals in the 2010-11 season.

While Kristi Yamaguchi is best known for her Olympic gold medal that she won in the 1992 Olympics, she is also an accomplished author, philanthropist, and entrepreneur. Most of her work consists of inspirational books for children that encourage them to follow their dreams. Additionally, she created the Always Dream Foundation, which aims to ensure that quality literature is made available to children from low-income families. To this day, Yamaguchi stays active in skating and dancing, working as an analyst during the Olympics and competing on Dancing with the Stars.

Katie Warner Johnson (co-founder of Carbon38) is a classically trained ballerina who became an entrepreneur after forming a successful career as a dancer. After many years of dancing, including a spot on the Harvard Crimson Dance Team and a world tour with the Tony award-winning musical Cats, she created the style-forward athletic-wear company, Carbon38. Johnson and her cofounder, Caroline Gogolak, came up with the idea after noting the rising popularity of trendy boutique fitness. According to Inc., the company’s revenue has grown 100% every year since it began, and Johnson can still be found dancing ballet at the Westside School of Ballet.

Bill Gates (founder of the Microsoft Corporation) loves playing tennis. Usually he takes private lessons and enjoys matches with friends, but since 2017, Gates has played one game a year for the Roger Federer Foundation. The charity was founded by the tennis player Roger Federer and works to fund education improvements in South Africa. In his blog, Gates said of the first match in 2017 where he teamed up with Federer himself, “It was a no-brainer. I’m a huge fan of Roger’s, so the chance to play tennis with him was a dream come true. More importantly, it was a great opportunity to shine a light on the terrific philanthropic work that he and his family are doing.”