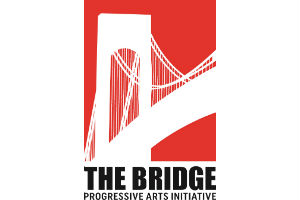 The Bridge’s Belmont neighborhood gallery hosts an exhibit of 120 portraits made by Charlottesville High School students alongside portraits from Robert Shetterly’s A​mericans Who Tell the Truth ​series.

This installation, which opens on Friday, March 6, is part of a citywide exhibit hosted by six venues, featuring more than 60 of ​Robert Shetterly’s ​portraits of U.S. citizens who have addressed issues of social, environmental, and economic fairness.

Since 2001, Shetterly has painted nearly 250 portraits of American politicians, activists, artists, writers, and other citizens working to inspire individual and collective action for the common good. He will unveil his most recent portrait, a Charlottesville activist, at the March 1 panel discussion. His series includes paintings of two other Charlottesville residents, educator and founder of The World Peace Game John Hunter and journalist and peace activist David Swanson.

Young Americans, many not old enough to vote, comprise a force in our society that pushes us to look forward and see things in a new light. This exhibit explores their contributions and highlights the aspirations of a new generation. Portraits from Robert Shetterly’s Americans Who Tell the Truth series feature young activists whose words and actions address issues of social, environmental, and economic fairness.

Using Shetterly’s work as inspiration, 120 students painted their heroes and heroines, the people who have helped shape their hopes and dreams. Perhaps they’re not eligible to vote, but young Americans can change the world.

All exhibits and events are free and open to the public.

Two panel discussions and other events highlighting the portrait subjects and their work take place in February and March:

The Bridge Progressive Arts Initiative ​is a cultural hub for Charlottesville offering an inclusive space for creative thinking and artistic pursuits while providing resources and methodology for meaningful arts engagement throughout the community​. Our mission is to bridge diverse communities through the arts. More information can be found at ​thebridgepai.org.