WWE says it’s not going back to the ‘old way of touring’ post-COVID: Why this isn’t a bad thing 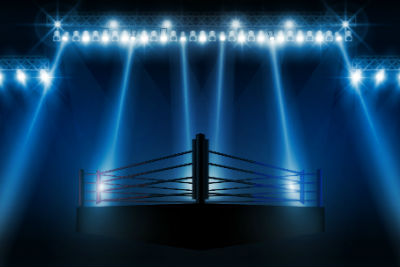 WWE seems to have come around on the obvious solution to its house show problem: just not doing them anymore.

Wrestling Observer editor Dave Meltzer is reporting this week that the company has been telling talents in recent contract negotiations that the “old way of touring” is not coming back after the world returns to the old normal post-COVID.

A key reason: WWE has been able to figure out how to make more money this year without being able to put on live events.

The company reported third quarter revenues of $221.6 million, an increase of 19 percent from the third quarter of 2019, which is significant because, yet again, this included nothing from live events – ticket sales or merchandise sales.

That area, merchandise, may have been the biggest surprise. WWE reported revenue in its consumer products division at $19.9 million in the third quarter, up 17 percent from the third quarter of 2019.

Specific to merch, e-commerce revenue was $9.1 million, an increase of 60 percent from 2019, offsetting the loss of venue merchandise sales due to 74 fewer live events in the quarter.

Revenues are up, and at least for now, production costs are down. Without live events, WWE has been able to centralize content production on-site, initially at the WWE Performance Center in Orlando, Fla., then to what it has been calling The Thunderdome, aka the Amway Center in Orlando.

Having a set location for producing live and taped content has resulted in substantial savings in terms of the costs associated with filming its weekly and monthly shows, by being able to produce them in-house, as opposed to having to pack up the traveling circus and take it from town to town two to three nights a week.

You’d expect WWE to take at least the weekly “Raw” and “Smackdown” shows and the monthly WWE specials back on the road post-COVID.

But even when that happens, you’re talking 13 live events a month – assuming that the weekly “NXT” live show is counted as a live event – not the average of 25 that WWE was putting on pre-pandemic.

The shows that are on the chopping block – the house shows, live events held in between the content produced for TV – had been losing money for years, and had the added effect of putting wear and tear on the performers and crew traveling 5-6 days a week, 250-300 days a year, from town to town, on a seemingly endless loop.

The cost in terms of tread on the tires on the performers’ bodies, in particular, is hard to quantify.

We are able to get a handle, from a deep dive into the financials, of the business bottom line.

Live event revenues were down 12.9 percent in 2019, which in turn had pushed an additional 10.6 percent hit in merchandise sales, a combined hit that cost the company just under $30 million last year.

Cutting the travel schedule in half, focusing on the events for which the business model has people buying tickets to be part of the backdrop for a TV show, will improve the margins for live events post-COVID.

Now factor in the reduced travel, which allows performers to take better care of themselves, in addition to the decreased workload, which is manifesting itself in the form of a significant downtick in injuries.

Seems that the solution to the house show problem might be having a positive ripple effect across the company.