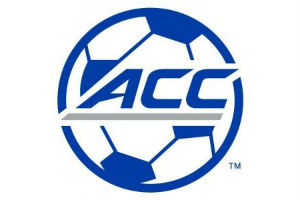 In a pair of must-win games for the Hokies last week to keep their chances of qualifying for the ACC Championship alive, Powell helped lead Virginia Tech to a 4-3 victory at Wake Forest last Thursday and a 3-0 win at Boston College on Sunday. The freshman forward recorded a brace against the Demon Deacons, added an assist and scored the game-winner in the 84th minute.

Against Boston College, the Haymarket native tallied her second assist of the week, marking her third consecutive game with a goal or an assist. She completed the week with six points, six shots on goal, two goals and two assists.

Roque earned her fourth and fifth solo shutouts of the season to help the Seminoles finish the fall season unbeaten, sharing the regular-season championship with North Carolina. FSU knocked off a pair of top-five opponents, defeating Duke 1-0 last Thursday and Clemson 2-0 on Sunday.

Hailing from Winter Garden, Fla., Roque finished with a career-high three saves against the Blue Devils and directed a Florida State defense that did not allow a shot on goal versus the Tigers. She has allowed just four goals in eight games this season for the Seminoles.

ACC women’s soccer action returns next week with the start of the 2020 ACC Women’s Soccer Championship. Quarterfinals begin on Tuesday, Nov. 10, as top-seeded Florida State takes on eighth-seeded Notre Dame at 12:30 p.m. to kick off the day’s slate.

The championship will not be open to the public, but ACC Network will carry the quarterfinals and semifinals, while the final will be broadcast live on ESPNU.