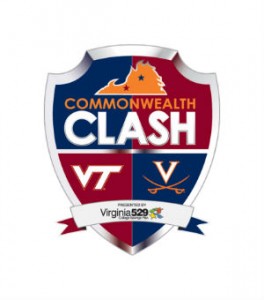 “We had moments of really high-level lacrosse where we had the momentum and we were making the plays,” head coach Julie Myers said. “We had a couple of lapses in decision making and execution, then let one mistake lead into the next. We gave VT three or four multi-goal runs where we didn’t answer back on the offensive end. As a team responsibility, we need to make sure both ends are helping each other. We need the attack to score when the defense needs a break and we need the defense to give us the ball back a little bit more often. As a team, it is almost good enough but not where we need to be. We are going to focus on our team as we get ready for the ACC Championship next week.”

Behr had a career-high five goals to lead the Cavaliers. Junior Avery Shoemaker (Wyndmoor, Pa.) and sophomore Sammy Mueller (Pelham, N.Y.) each scored two goals and both had an assist. Paige Petty had four goals to lead Virginia Tech.

Virginia started the scoring with freshman Taylor Regan (Larchmont, N.Y.) converting a free position. Shoemaker dodged her defender to score, then Behr scored on a free position to put the Cavaliers ahead 3-0 with 25:18 on the clock. Virginia Tech scored its first goal of the day at 24:48.

UVA stretched its lead to 4-1 with Shoemaker’s second goal of the day. The Hokies responded with four straight goals to take a 5-4 lead. Behr would score three consecutive goals to give UVA the 7-5 lead. VT scored five goals in the final 4:53 of the first half to lead 10-7 at the break.

The Cavaliers scored first to begin the second half. Junior Maggie Jackson (Alexandria, Va.) found the net with the assist from Shoemaker to cut it to 10-8. VT responded with a goal to lead by three.

UVA started a 3-0 run when Jackson found senior Ana Hagerup (Washington, D.C.) for a goal at 17:20. Hagerup then connected with Mueller for her first goal of the day. Mueller then found Behr driving down the middle as she scored her fifth goal of the day to tie the game 11-11 with 13:49 to play. VT came back to score back-to-back goals to lead 13-11.

Hagerup found Mueller for a goal to cut it back to one, 13-12. VT scored three goals to close out the game.

Virginia will play in the 2018 ACC Championship held April 26-29 in Durham, N.C. at Koskinen Stadium.