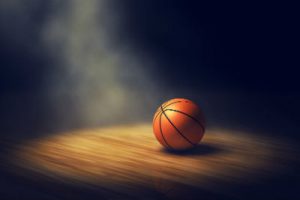 The game will stream online through ACCNX. ACCNX streams are available through participating TV providers that carry ACC Network and can be watched on the ESPN app and through WatchESPN

All of the 2020-2021 Virginia women’s basketball games – regular-season and post-season – are available locally on the radio on NewsRadio 1070 AM and 98.9 FM WINA

Live stats will also be available for the game.

This will be UVA’s first game in a week after the Cavaliers had to cancel Sunday’s scheduled contest at George Washington due to a depleted roster.

Grad student forward Tihana Stojsavljevic (Zagreb, Croatia) suffered a leg injury in the season-opener at UCF and will miss the remainder of the season.

Their statuses are day-to-day.

Additionally, sophomore guard Dylan Horton (Los Angeles, Calif.) has opted out of playing the remainder of the season, which reduced UVA’s available player pool to just six student-athletes for that game.

The Cavaliers finished non-conference play with an 0-3 record and will now begin their 20-game ACC schedule.

Jefferson leads the ACC and, as of Monday, ranks sixth in the NCAA in shooting percentage with a 73.3 percent efficiency (17-of-22).

Jefferson leads the team in scoring, averaging 12.7 points per game. She scored a career-high 16 points on Sunday against ECU. Last season, Jefferson scored a total of 17 points in her 15 appearances.

Graduate student and Charlottesville native Emily Maupin made her first UVA start against JMU. Maupin started all 30 games for Elon in 2018-2019, before transferring and sitting out at Liberty last season.

In two games, Maupin is averaging a team-high 6.0 rebounds per game.

Clemson heads into conference play with a 5-0 record with wins over Furman, Presbyterian, Charlotte, Mercer and College of Charleston.

Two newcomers have made an immediate impact on the 2020-2021 squad and have started every game this season.

Redshirt senior Delicia Washington leads the Tigers in scoring with 15.2 points per game and is second on the team in rebounds (6.4 per game). Washington played three seasons at Florida before transferring to Clemson last year.

Washington was the 2016-2017 SEC Freshman of the Year at Florida under then-head coach (and current Clemson head coach) Amanda Butler.