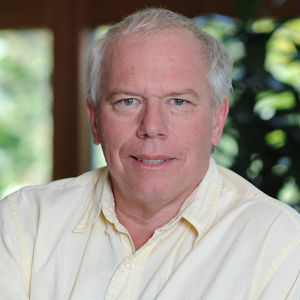 Jim Kahn, the John F. Hendon Professor of Economics and Director of Environmental Studies at Washington and Lee University, has been named president-elect of the United States Society for Ecological Economics (USSEE).

In this role, Kahn, a member of the W&L Class of 1975, hopes to enable the USSEE to be more embracing of alternative viewpoints and methods. He believes that each approach adds important knowledge that can influence policy positions.

“If we think about how we need to approach policy, both in terms of actual policy steps and the knowledge necessary to support decision-making, we can make a greater contribution to maintaining a planet with healthy ecosystems, thriving human societies and a future which is bright rather than bleak,” said Kahn.

Kahn will serve as president-elect of USSEE for one year, followed by two years as president and then one year as past president. He has served as both secretary/treasurer and steering committee member for the USSEE as well as president of the Southern Committee for Resource and Environmental Economics.

The USSEE is a membership organization within the umbrella society of the International Society for Ecological Economics (ISEE), which was founded in 1989. The science of ecological economics brings together academics and practitioners from a variety of natural and social science disciplines.

USSEE members are engaged in research, policy, community projects and various other activities and collaborations to advance the interdisciplinary field of ecological economics. The society seeks to address pressing social and ecological problems by advancing dialogue across different disciplines, backgrounds and professional contexts.