Wilson Library, OLLI, team up for class on WWI 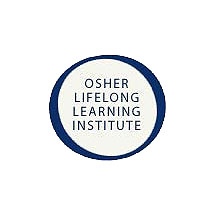 The class will be taught by World War I scholar William Walker, who will argue that World War I was the most significant event of the 20th century. An in-depth guided tour of the WWPL’s new World War I trench exhibit, will be a special feature of the course.

The class is one of eleven courses OLLI at UVA will offer in Staunton during the spring session, which begins Feb. 7.

In the World War I course, Walker will discuss how the war dramatically altered the world in which we grew up, continues to affect our lives today, and will remain one of the most influential events for decades to come. The course will cover the full scope of the war, with particular emphasis on the American experience and the struggles of President Wilson, and will include lecture and discussion among the participants.

The class will meet on five consecutive Wednesdays, from Feb. 23 through March 23, and although the course had been filled to its limit of 15 students, Walker agreed to expand capacity due to interest. Another class offered by Mac Warford on the psychology of C. G. Jung also reached capacity and has been expanded.

For more information about and to register for the World War I class and all of the OLLI at UVA classes, see the website at www.olliuva.org.