Wilson Library adds to Board of Trustees 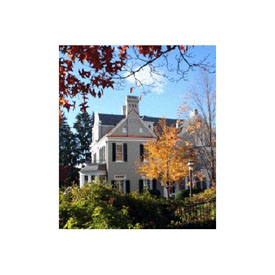 Dr. Mary Lynn Bayliss is a graduate of Mount Holyoke College and has a M.A. and Ph.D. from the University of Tennessee. She was assistant professor of English at Virginia Commonwealth University for several years. She has served on the Board of the Women’s Club of Richmond and the Maymont Foundation. Dr. Bayliss previously served four terms on the board. She resides in Manakin-Sabot, Virginia.

Katherine Grayson Wilkins is the granddaughter of Rear Admiral Cary T. Grayson, President Wilson’s physician. She is director of development at Give an Hour, a nonprofit that is dedicated to meeting the mental health needs of the troops and families affected by the ongoing conflicts in Iraq and Afghanistan through counseling to individuals, families, and children. She lives in Washington, D.C., and previously worked at the Washington National Cathedral, where President Wilson is buried.

Dr. R. Steven Nichols is superintendent of the Staunton City Schools. He earned his doctorate from the University of Virginia and has been involved in instruction for almost 40 years, as a teacher and administrator at all grade levels from kindergarten to university graduate schools. Dr. Nichols also holds a degree in American Civil War History and still conducts research into various aspects of that period. He is currently an adjunct faculty member at the University of Virginia in educational law. He resides in Staunton.

Hampden H. Smith, III, is professor emeritus of journalism at Washington and Lee University, where he was department head for 14 years. He was a reporter and editor with Virginia newspapers for 10 years before joining the faculty at Washington and Lee in 1974. He has held three Fulbrights, at Moscow State University, the American University in Bulgaria, and the University of Tirana in Albania. Mr. Smith, who lives in Lexington, previously served on the board from 1999 to 2009.

Rita M. Smith is senior vice president in the Private Bank Trust of Bank of America. She was born and raised in Staunton, where she was a member of First Presbyterian Church, the same church where President Wilson’s father was pastor. She has served on the boards and committees at the Maymont Foundation, Longwood University, the University of Richmond, Lewis Ginter Botanical Gardens, and the Massey Cancer Center. Mrs. Smith, who lives in Richmond, previously served on the WWPL’s board from 2003 to 2009.

William T. Walker Jr. served as associate vice president for public affairs at the College of William and Mary and similar positions at Gettysburg College, Virginia Tech, and the University of Tennessee at Chattanooga. He earned bachelor’s and master’s degrees in English at the University of Virginia and completed his course work for his Ph.D. in English from Tulane University. Mr. Walker is writing a book about World War I and has assisted the Presidential Library with grant applications, the new World War I exhibit, and the upcoming World War I battlefield tour. He lives in Staunton.