Will a COVID-19 vaccine save U.S. businesses? 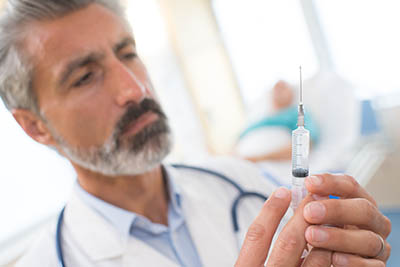 The pandemic has ravaged the world economy in a way that most people couldn’t have foretold amid the disruption caused by quarantine protocols such as lockdowns and travel restrictions.

Businesses were also affected significantly as governments initially shut down all non-essential establishments in an effort to cope with a rising number of cases while scientists struggled to explain the consequences that the disease had and the measures that had to be taken to deal with it.

Within the first few months that followed the pandemic warning issued by the World Health Organization (WHO), small business loans had to be taken by companies that didn’t have the financial strength of big corporations while the federal government also launched initiatives like the Paycheck Protection Program (PPP), which aimed to provide a lifeline for struggling business to keep unemployment from soaring.

Now, nearly nine months after that chaos, the U.S. finally has a vaccine and the country can start inoculating individuals to defeat the virus, as the world aims to resume its normal pace by the first quarter of 2021.

However, the question remains, can we expect that the U.S. economy will recover after the vaccine or small business loans will be the way to go to save the owner’s patrimony?

The following article aims to address some of these questions by analyzing the latest forecasts from top economists in the country.

The impact of the COVID-19 pandemic in corporate America

During the second quarter of the year – the worst of the pandemic – the gross domestic product of the United States plunged by 31.4 percent while the unemployment rate jumped to 14.7 percent as the consequences of strict lockdowns imposed by the government dragged businesses into a severe short-term depression.

Meanwhile, the stock market reacted quite negatively, with broad-market indexes such as the S&P 500 plunging almost 34 percent in less than a month, as investors panicked over the effect that lockdowns would have in both the domestic and global economy.

Given the chaos that the situation brought, the government and the U.S. Federal Reserve quickly jumped in to save the economy from falling down a cliff by injecting trillions of dollars in direct stimulus to businesses and individuals.

Moreover, the U.S. central bank ramped up its asset purchase programs within the financial markets to keep credit – including small business loans – flowing to companies when they needed it the most.

As a result, the quarterly gross domestic product jumped back 33 percent during the third quarter while unemployment levels dropped below 7 percent by the end of November, indicating that the worst of the pandemic may already be behind us.

What’s next for the economy now that there is a vaccine?

The median forecast compiled by the financial news website MarketWatch, which gathers information from 15 different financial institutions and economists in the US including TD Securities, UBS, Citigroup, and Morgan Stanley – see the U.S. gross domestic product dropping by 3.5 percent during the fourth quarter of the year compared to the same period a year ago.

The reason for this quarterly contraction is a spike in COVID-19 cases during the three-month period ended in December, which has led to the reintroduction of partial lockdowns and restrictions in multiple states across the U.S. territory.

Meanwhile, the median forecast for the fourth quarter of 2020 – on an annual basis – sees the economy growing by 3.5 percent while during the first quarter economists are forecasting a 2.8 percent advance in the country’s GDP as well.

This optimistic outlook for the first quarter of 2021 is primarily driven by en-masse vaccinations, not just in the United States but also across the developed world, and also, to a lesser extent, in a portion of the developing world as well.

Most of the relief programs passed by the government during that period offered highly accommodative repayment terms while small business loans issued during the pandemic were also fairly flexible to give businesses enough time to recover and repay their debts.

As a result, it is to be expected that 2021 will be a good year for companies as the world gets back to normal and businesses recover some of the losses they saw during this strong downturn.