Why you should conduct EMC testing early 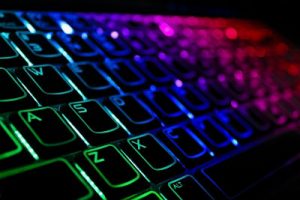 If you are designing or developing an electronic or electrical device, no matter what it is or where it operates, it is capable of both emitting and receiving unwanted electromagnetic interference. With the sheer number of products on the market today, it is important that any electronic or electrical device undergo electromagnetic compatibility (EMC) testing to ensure that it functions as intended, without interfering with other devices.

There are companies, such as Com-Power Corporation, that manufacture and sell test and measurement equipment for EMC testing who can make sure you get the right equipment to conduct in-house testing on your products. It is important to conduct both emissions and immunity testing to make sure that your products meet the standards set forth by various agencies which have been put in place to ensure compliancy. With EMC testing being a requirement for electronic products before they launch, it is best to begin testing as early as possible.

What is EMC Testing?

First, we have to make sure that we understand what EMC testing is and its importance. Testing to make sure your electronic or electrical device is compatible with its electromagnetic environment means that the device does not emit levels of electromagnetic energy that can cause electromagnetic interference (EMI) that affects other devices around it. EMC testing also provides a reasonable assurance that your device will not be susceptible to other compliant devices in its area, will not react to unwanted electromagnetic energy, and is immune to any unwanted disruptions. Basically, EMC testing increases the likelihood that your product will function as it should, without affecting or being affected by any other devices in its environment.

If a product that has not been properly tested for EMC makes it to market, the repercussions could range from minor inconvenience to catastrophic. There are numerous instances of EMI causing issues with medical devices, military equipment and products in use every day by the general public. If your company is responsible for a device having a negative impact due to lack of EMC testing, the harm done to your brand identity, along with the possible fines imposed, could be irreparable.

When Should You Test?

With the importance of testing being somewhat common knowledge now, and regulatory bodies requiring EMC testing on relevant products before they hit the market, the issue is not the testing itself, but when it gets done. Whatever the reason for delaying EMC testing until late in the project, it is best to start testing as early as possible. Whether it’s the perceived difficulty of carrying out the actual testing or the thought that costs will be high, postponing EMC testing shouldn’t be seen as an option. If testing seems difficult, there are experts that can advise you on the right test equipment to buy, or specialist labs that already have the required equipment and staff available to help.

Understanding everything you can about your product’s EMC performance is critical. If you are looking at it from a local perspective, EMC issues can be symptomatic of a larger problem related to poor manufacturing or faulty design which can affect your device’s performance. On a larger scale, making sure your products are compliant will ensure you achieve regulatory approval and are able to release your device into various markets around the world.

Catching any issues as soon as possible will be much more cost-effective, as changes to hardware later in the design cycle are much more expensive and difficult to rectify. With this is mind, the cost of early screening tests is significantly lower than the full-scale certification testing that happens as you near production. Basically, the earlier you find any problems, the easier (and cheaper) they are to fix. Early EMC testing can also save money by reducing the over-engineering of certain parts of your device. This can happen when you are trying to ensure that your product will pass compliance testing easily and are just guessing at where you think problems might occur. This leads to countermeasures being put in place that aren’t needed. If you test early, you would know exactly where the problem areas are, and only put the necessary countermeasures in place.

Imagine making a meal and never tasting it throughout the cooking process. You sit down to eat and realize that you put too much salt in it; there would be no easy fix to make it taste right. However, if you had tasted your meal incrementally as you were preparing it, you would have caught the salt issue before it became a problem, adjusted your meal accordingly and still served a great meal, on time. EMC testing early is a lot like that, except the consequences are more dire. While EMC testing can seem expensive and difficult, finding the right partner to advise you can make all the difference in making sure your product makes it to market on time and fully compliant.