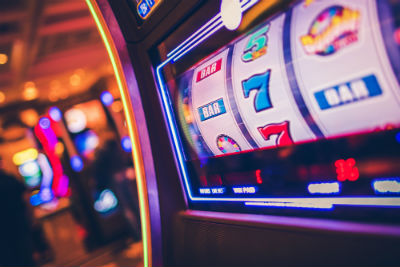 The opening-up of the US online sportsbook market has been as important for UK-based gambling firms as it has for native businesses. For whilst American states are slowly, one by one moving to make taking online bets from residents legal, so in the UK regulation is moving in the other direction. In the next few years what was once seen as one of the world’s most profitable gambling jurisdictions will be subject to tough new laws that will restrict how much gamblers can spend and how operators can advertise. The expected hit on customer values is leading big players like William Hill and GVC to turn their focus to the new frontier of America and a market estimated to be worth up to $150 billion. Already UK business GVC, owners of sportsbook brand Ladbrokes Coral, have teamed up with MGM, whilst rivals Paddy Power Betfair have acquired the Fantasy Sports provider Fan Duel. Others will follow suit to bring their considerable experience to the US market in the coming months.

So what is the background to this shift in the UK, and why is the market there facing the big squeeze?

The UK online gambling industry has been thriving for over a decade now under the 2005 and 2014 Gambling Acts that allowed operators to take unlimited bets from UK customers, set up multiple brands under one license from the Gambling Commission and advertise across all channels without restrictions. This has led to a proliferation of online casinos and slots websites, sportsbooks and poker rooms. Betting is now huge business in the UK with a gross gambling yield of over £14 billion.

At the same time as this extraordinary growth has taken place, criticism of the industry has grown too, with both MPs and the media pointing to what has been described as an ‘epidemic’ of problem gambling, about which they say operators are not doing enough. Calls for reform are now being heard and talk of a new Gambling Act in the next year is more than rumour. MPs say the 2005 Act and the Gambling Commission are not fit for purpose. They want stricter controls on spend and tougher sanctions for operators who fail to protect the vulnerable.

Those seeking reform in the UK are focusing on several areas.

These changes to the old rules and the introduction of an all new Gambling Act will have a significant impact on the revenues of online gambling firms in the UK, and for the first time since online betting was officially made legal there, the market may start to shrink. So it is no surprise that GVC, Paddy Power Betfair and other big names are grabbing the opportunities presented by the new US market with both hands. And as the land grab begins we can expect these experienced firms from across the Atlantic to be pushing hard for their share.