Why mediation can be your best option in a divorce 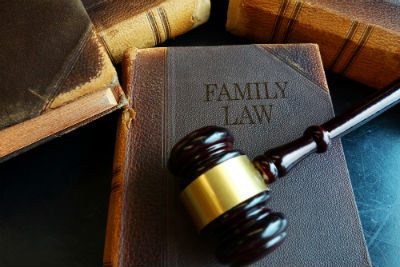 Every divorce is different, but the emotions that such an event inspires tend to be universal. Anger. Betrayal. Animosity. Fear. All of these emotions have the potential to cloud rational thinking, and often times makes an already difficult situation even more volatile.  When it comes to untying two lives after years of marriage, and especially when children are involved in the process, oftentimes mediation can be your best option in a divorce.  Mediation is an excellent way to bridge two opposing positions when it comes to a divorce settlement.  Even though both parties want to leave the marriage, animosity and anger can prolong the entire ordeal.  Engaging attorneys with experience in mediation can help you leave your marriage without the animosity that characterizes many divorce proceedings.

What is Mediation and How Can it Help?

Navigating towards common ground is difficult when two parties are angry with one another and distrustful of each other’s motivation.  Mediation offers a bridge between those differences to arrive at a solution that works for everyone involved.  Indeed, as a process, it has been used successfully to resolve a host of civil matters including landlord and tenant disputes, disputed business contracts, small claim complaints, divorce, and child custody arrangements loom large in mediation services.

The main goal of such a process is to move both parties to the same page in the same book.  Once common ground is reached, and both parties are reading from the same script, a resolution can be reached that leads to the goal of each person getting on with their lives.  The primary advantage of mediation is that it takes the sting out of each other’s words, and hopefully results in a relationship that can be maintained on some level.  While this might not be an overriding consideration is a business agreement gone bad, it certainly plays a role in family law and is especially true when children are involved.

Working Out the Details Based on Mutual Respect

Mediation is the best available option in a divorce because unlike many civil issues that involve mediation, the feelings coming out of a marriage can be raw and impervious to not acting out of spite simply for the sake of acting out of spite.  With these types of emotions at play, enlisting the help of a trained legal mediator can help iron out the difficulties.

Where many discussions might break down over acrimonious disagreement over every trivial detail, a mediator can keep the talks on track until common ground is reached by both parties in resolving the individual issues of debt settlement, property division, and making arrangements that place any children’s welfare at the top of the priority list.

By taking each contentious issue one at a time, the trained legal mediator can help each party arrive at an equitable settlement solution.

How Long Does Mediation Take and What Does it Cost?

Once two parties sit down at the mediation table, it generally takes no longer than a couple of days to hammer out an agreement that is to everyone’s liking.  Obviously, more complicated disputes and ugly divorce proceedings might take longer, it is generally agreed that the process is much quicker than taking the matter to court and litigating the issue.  Most private mediators’ contract by the hour and prior to beginning each party pays an upfront deposit as well as paying their attorney fees for any advice offered at the mediation table.  While it might prove more expensive in a drawn out mediation process, the overall cost of the service is less than if they were paying to battle out these issues in front of a judge.

What to Expect When Expecting a Mediation Meeting

When you enter into mediation, the mediator will introduce themselves before explaining the process and outlining rules designed to govern the discussion.  Each side will be afforded the opportunity to present their case, without interruption from the other side, before the mediator will take their competing position to start edging them towards an agreement.  Should the two parties substantially agree to the plans set forth in the mediation agreement, they will both sign the agreement that will ideally bring the matter to a close.  Should the parties be no closer to an agreement at the end of the process than they were at the beginning, the mediator will outline for the court those areas in agreement and those area that are still in contention.

If you are in an ugly divorce and you see no real expectation of agreement, you should reach out to the legal team here at CLLB Dispute Resolution.  We specialize in embracing patience and compromise to break through the ill will that stands in the way of a fair divorce settlement.  We work with our clients to achieve quick and positive resolutions instead of the back and forth bickering that characterize many contentious divorce proceedings.