Why it’s still important to be familiar with handwriting 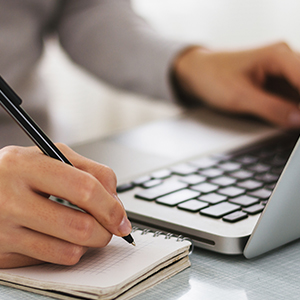 The pen is mightier than the sword. Arguably, it’s also more powerful than computers and other digital writing devices. There are many advantages in jotting down or composing something with a pen and paper.

Many people may find this idea contentious, but science has some compelling findings to convince handwriting-averse people to think otherwise. There is nothing wrong with going digital. It is going to shape virtually all aspects of the future. However, it would be unwise to disregard the benefits of handwriting.

Writing experts say that using pens and keyboards entail different cognitive processes. University of Geneva Developmental Psychology Professor Edouard Gentaz, for one, asserts that handwriting is a complex task that necessitates different skills. When writing something with a pen, writers use their sense of touch, motor skills, and hand-eye coordination. Many parts of the brain are activated in the process.

In contrast, using a keyboard is a straightforward task. The writing process becomes a simplistic affair after a person memorises the arrangement of the keys and masters the right fingers to use for each key. The biggest concern for keyboard users, subsequently, is how to raise their typing speed. Brain activity in relation to writing becomes minimal thereafter.

The difference in brain exertion between handwriting and typing manifests in memory retention. A study presented in the Proceedings of the Human Factors and Ergonomics Society Annual Meeting 2009 explored the links between psychomotor action and memory. The study found that handwriting is associated with better memory compared to typing. It concluded that jotting down notes with a pen and paper helps in remembering details.

The research was conducted by the University of Central Florida professors. No office or stationery supplies manufacturer was involved in the study despite its seemingly implied endorsement of the use of traditional writing and reading materials. It was an independent study undertaken by academics.

Digital and manual writing are both important

Highlighting the importance of handwriting is not meant to downplay the significance of digital technology. Likewise, it does not imply the need to choose one or the other. The use of digital writing solutions is vital in achieving greater efficiency and the better handling of business information.

However, there appears to be a need to warn the younger generation about skipping traditional handwriting and focusing on digital methods to teach reading and writing. Some neuroscientists believe that giving up handwriting will have adverse consequences in how future generations will learn to read.

One study conducted at the cognitive neuroscience laboratory of Aix-Marseille University found that children who learned to write letters by hand performed better in identifying the alphabets compared to those who were taught reading and writing through a computer. The study was repeated with adult participants and yielded the same results.

Based on scientific studies, it is advisable to expose young learners to handwriting before allowing them to rely on computers to write more efficiently. Manual writing has palpable benefits. It cannot be relegated to obsolescence even with the ubiquity of digital writing tools.