Why coffee is good for your health

Some unrightfully believe that coffee is to blame for increased risk of heart disease and even certain types of cancer. But don’t write off your favorite caffeinated beverage just yet. There is absolutely no research that confirms the connection between coffee consumption and serious health conditions. 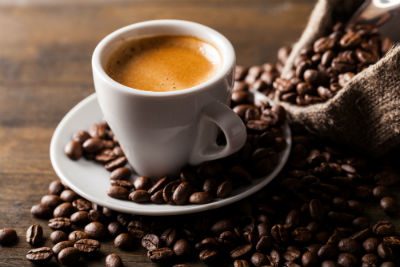 Quite the contrary, various studies indicate that moderate coffee consumption can reduce the risk of complications in patients with cardiovascular disease. What’s more, coffee may protect you from type 2 diabetes and Parkinson’s and improve your mood as well as cognition.

Let’s take a sip and see what makes coffee is good for your health.

Coffee beans themselves are rich in nutrients and coffee (the drink) retains a lot of those nutrients despite roasting and brewing. For example, a single cup is rich in vitamin B2 and B5 in the form of riboflavin and pantothenic acid, respectively. It contains 11% of the Reference Daily Intake (RDI) for vitamin B2 and 6% of the RDI for B5.

In addition, there is also vitamin B3 (as niacin and magnesium) in a cup of coffee, as well as some potassium and manganese. The RDI percentages for these are lower than B2 and B5, but the numbers quickly add up since you are likely to drink more than one coffee a day.

Did you know that caffeine is one of the main ingredients in many weight loss supplements? This is not surprising given that caffeine is among the few natural compounds that have proven fat-burning properties. So how does it work?

First and foremost, caffeine increases metabolic rates up to 11%. Simply put, it means that your body will be able to process and absorb foods faster. However, you should know that these positive effects aren’t the same for everybody.

They can be influenced by your age, overall coffee consumption, and current health status. For example, according to Homegrounds.co, healthy lean individuals can expect a 29% fat-burning increase with moderate coffee consumption.

If you are looking for something natural to maintain optimal liver health, coffee should be on top of your list. Drinking four+ cups a day can significantly lower the risk of cirrhosis and other conditions like fatty liver. The main reason for this are coffee’s diuretic properties.

This diuretic mechanism is yet to be thoroughly researched, but preliminary studies indicate that coffee affects the kidney function to promote healthy fluid release. Aside from coffee, a Kratom strain called Green Sumatra is also a powerful diuretic that may improve the liver function.

Depression is a disorder that shouldn’t be taken lightly. If untreated, it can even lead to suicide. To make matters worse, about 10% of women and 8% of men suffer from some degree of depression in New York City alone, though it’s not all bad as mainstream therapies and certain lifestyle changes help. Plus, you shouldn’t underestimate the power of coffee.

By now, the second study is a bit dated. However, it involved more than 200,000 subjects and the way coffee affects humans is not likely to change over time.

In addition to your fruits and veggies, coffee is also one of the major sources of antioxidants. In fact, a lot of people on the so-called Western diet take more antioxidants from coffee than any other food or drink.

Coffee greatly contributes to the overall intake of alpha and beta-carotene, zeaxanthin, and other dietary antioxidants. Guess what other drink has antioxidant properties? You might not know it, but it is wine. So, one glass of wine and four cups of coffee a day should help keep the doctor away.

Take a Sip of Health

Considering all the benefits, you won’t be wrong to assume that coffee is one of the healthiest beverages around. This should be taken with a pinch of salt, though, as excessive coffee consumption over a longer period of time may actually diminish the beneficial properties.

Certain types of coffee may be rich in sugar and unsaturated fat, so you should go easy on them. In general, it is advisable to stay in the 4-8 cups per day range. Don’t go heavy on the additions such as sugar, cream, or milk and there is nothing to worry about.