Why Clemson and Miami were in the 8-9 game 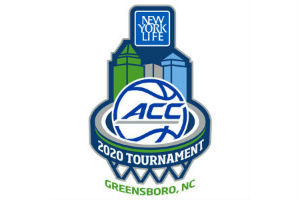 An 11-0 Clemson run broke a 53-53 tie at the under-four timeout, and Miami was done. Except that it wasn’t, before it was again.

The final minute of Wednesday’s ACC Tournament game reminded you why the Tigers and ‘Canes were in the 8-9 matchup.

“So, so many things can happen in a very short period of time,” UM coach Jim Larranaga said, by way of understatement.

Down 64-53, Chris Lykes, in a mask after being cleared from a nasty facial injury suffered in Miami’s 46-44 loss to Virginia last week, drained a three.

Clemson inbounded, and Miami, pressing in the backcourt, flubbed on the intentional foul after the initial double-team, leading to a breakaway layup for Johnny Newman.

After a timeout, Miami ran a play, inexplicably, to get Keith Stone a look from three.

Stone is an 18.9 percent shooter from three. Has made seven threes all season.

He missed, but the ball ended up back with Lykes, who of course drained it.

This time Miami gets the foul thing right, and Al-Amir Dawes hits both ends.

Only one second off the clock, but Clemson back up nine.

Sam Waardenburg, 25.0 percent from deep, misses from three, but D.J. Vasiljevic’s stickback gets it down to seven.

Clemson has a timeout.

His one turnover of the day is here.

Isaiah Wong plucks his pass out of the air, steps back behind the arc, splashes the three.

Clyde Trapp to inbound, this time with no timeouts.

His pass is stolen by Waardenburg, who shovels the ball to Anthony Walker diving to the hoop.