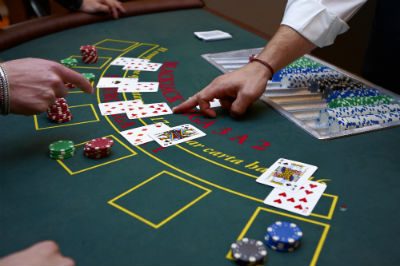 One of the best American heist drama movies which was directed by Robert Luketic and released in 2008 was “21. It is a fact-based story about the greatest blackjack card counting heist. Amazingly, a group of six students, known as the MIT Blackjack Team, executed this heist.

What do you get when you put a group of math geniuses together for an extracurricular group? With some coaching, they discover that blackjack is the only beatable casino game. We will look at how a group of students broke the bank in Vegas, and the steps taken by casinos to deter card counting.

Under the guidance of their mathematics professor, a group of students mastered the game of blackjack. Through card counting techniques and subtle signals, the team took Las Vegas by surprise with their strategic gameplay. Predicting the cards in play based on those that played, gives players the upper hand in placing bets.

This genius group of players used their mathematical expertise to turn their skills into a science. By writing computer programs, they could create real-life simulations.

After spending nearly every weekend in various casinos, they used acquired data to update their simulation. This practice continued as their skills continued to grow.

The team used new members to “mule” funds around when they went to the various casinos. For the final part of their training, new members were sent into a casino ahead of the rest. Their job was to observe the tables long enough to signal the team members.

This classic comedy movie focuses on a memorable weekend in Las Vegas. Over the weekend in question, the team walked away with over $400,000 from one casino.

Although frowned upon, card counting is not illegal or technically considered cheating. Since casinos are private establishments, the owners have full rights to deny access to any suspicious players. Since the house always wins, they generally don’t like it when players have the upper hand.

Casinos have implemented countermeasures to deter card counting at their establishments. The following practices for part of the strategy against card counting:

The movie “21” brought many of the tactics employed by card counters to light. Casino security systems have evolved since the era depicted in the film and continue to do so as card counters up their game and devise new strategies.

The original MIT Blackjack Team, who executed the heist, have gone on to pursue lucrative careers. They range from software developer to professional blackjack consultant.

There’s even a top business litigation attorney amongst them. Their once serendipitous lives are now part of a legendary story for blackjack.