Why aren’t there more African-American drivers in NASCAR? 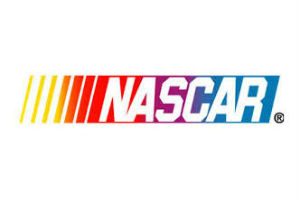 It’s rare that I don’t have a ready, thorough answer to a sports question, but then, I don’t remember ever having been asked why there aren’t more African-American drivers in NASCAR.

I knew that there’s just the one active African-American NASCAR driver, Bubba Wallace.

I didn’t know, until I looked it up, that there have been eight African-American drivers total in the history of the top NASCAR series.

I also found a database indicating that there have been 2,955 individuals who have started at least one NASCAR race since the series launched in 1948.

Doing the math there, African-American drivers make up .3 percent of the total.

So, what’s going on here?

My first stab at an answer is to look at access.

Unique to stock-car racing is that it can be expensive, in terms of the costs of building and maintaining the kinds of cars that are needed to be competitive.

That said, there are tracks in communities across the country that feature races involving drivers and crews from largely working-class backgrounds.

These are the proving grounds from which the best begin to work their way up the ladder.

Those who want to compete, basically, figure out how to get their cars on the track.

This isn’t different from really anything else.

If you want to play baseball, football, basketball, soccer, golf, tennis, whatever, you figure it out.

Maybe the answer to the question, then, has to do with the want part of this.

What would make African-Americans not want to compete in stock-car racing?

I don’t know that it’s as simple as, you turn on the TV for a NASCAR race, and you see Confederate flags everywhere in the infield and stands, but that can’t help.

Do you really want to put the work in to succeed at something when getting to the pinnacle of that something means walking into an environment that embraces celebrations of an era in which your ancestors were slaves?

NASCAR’s move this week, then, to ban Confederate flags from events and facilities is a step in the right direction in terms of moving toward inclusiveness.

But it’s just a first step.

An important next step that I’d think through would be encouraging similar moves at the local tracks that are the feeders in terms of building and providing that next generation of drivers.

That’s really the key to getting the numbers up at the top level.

NASCAR has made moves over the years to try to foster the development of African-American, Latino and female drivers, but those efforts aren’t going to be that effective if the drivers aren’t developing organically at the local level.

That, in essence, is how we find more Bubba Wallaces.

So, big move this week from NASCAR, and there needs to be more to come to make it mean something.