Why Android is taking over the world 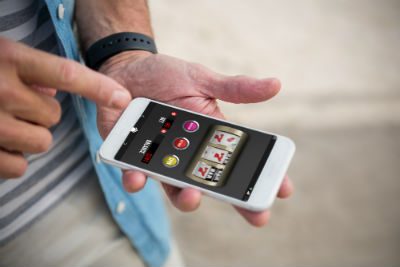 A few nights ago, I was watching an old quiz show and it’s always interesting to see what prizes they have on offer. Winners were getting excited over receiving computers, cars and televisions. There was even one lucky couple that won a massive satellite dish that filled up their garden. Now it’s a different world we live in and it’s winning an android phone that would put a big smile on their faces.

Back in the day, a phone was just something you used to make calls on. The past decade has seen the capabilities of phones make massive advances. They can be used to get online and find out the latest news, take photographs with and of course access plenty of apps, particularly those for online gambling.

Android phones have become a massive business and it’s easy to see why. The Samsung Galaxy S10 Plus carries out tasks that take the breath away. Those who love watching science fiction shows from the 1970s and 80s will have seen a glimpse of the future with the advanced phones that are used. Now though, those phones probably look out-of-date such has the advance in technology that has taken place.

The idea of ‘ultrasonic fingerprint sensors’ sounds like something out of ‘Doctor Who’ but is reality in 2019. The Samsung Galaxy S10 Plus also boasts five cameras including a Bright Night mode, 12.5 hours of battery life and is ultra-speedy. We may not have anticipated going out and spending £800 on a phone but what this provides is well worth it.

It’s the ability to access so much information when you are out and about that is so appealing. Yes, there’s the fact that you can be taking photographs here, there and everywhere, but it’s the way you can keep in touch with everything that’s happening which is so appealing.

That’s definitely the case if you are a member of an online gambling site. You may well be stuck on a train or waiting for a bus but with an android phone, missing out on all the action is a thing of the past.

Sites such as 888sport have their own betting apps on Android that you can download. This is easy to do, and the app will give you access to all the major events that they cover. Whether it’s the latest horse race or that big Champions League game, even ‘Strictly Come Dancing’ results, it’s all there for their users.

Being able to follow the action by accessing the latest results is an easy task. You can even watch live streaming of events and be placing bets on the matches as they happen. Making financial transactions is no problem at all and there are regular promotions that you can take advantage of.

It’s a long way from the days when you had to wait for the next news broadcast on the television or radio. Android phones are taking over, just what will they be doing in the future?