Where to find money you never knew was yours

Millions of people are going about their everyday lives in total ignorance of the fact that unclaimed money could be waiting for them in some far-off location. There exists a plethora of ways that you can locate and claim the treasures which are up for grabs, but most people are entirely ignorant of the many methods by which they can achieve that hidden wealth. Finding money that you never knew was yours is immensely satisfying and can help you attain financial independence, but it must be approached cautiously.

Here’s what you need to know about finding hidden money that you never knew was yours, and how to approach this endeavor safely from start to finish. 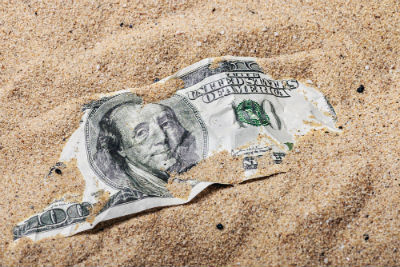 Every single year, state governments around the country collect untold millions in unclaimed property. The vast majority of the money these local governments collect stays within those local governments, as relatively few people come forward to claim it, given that most of them live in ignorance of that hidden wealth in the first place. If you want to find money that you never knew was yours, you need to begin by analyzing state records to determine if you have any unclaimed assets waiting for you to arrive and scoop them up.

According to the National Association of Unclaimed Property Administrators, every American state has unclaimed property programs from which you can benefit, so don’t think that this is a regional thing which may be unattainable to you based on where you live. 2015 saw a mammoth $7.763 billion in unclaimed property get scooped up by state authorities, yet only about $3.2 billion of that was returned to its rightful owners, indicating that many property owners are entirely ignorant of the fact that they own hidden wealth. Unclaimed property comes in many forms, and you could have wealth hidden away in the form of unclaimed payroll checks, refunds, annuities, and the contents of safety deposit boxes, to name but a few examples.

Start by relying on the NAUPA’s helpful webpage which features a state-by-state option for finding your unclaimed property. Simply find your home state or the one you presently live in, click on it, and you’ll receive the contact information of who you should get in touch with in order to claim any missing property of yours. Be sure you include things like your married and maiden names in your search, as putting in narrow terms or unfinished information can result in you missing out on your unclaimed assets.

You don’t have to rely on this state-by-state method, either, as there are other methods of finding money you never knew was yours. If you once stowed money in a bank that’s since collapsed, for instance, you could be owed money via the Federal Deposit Insurance Corporation, which was formed in the 1930s to prevent runs on banks. The FDIC’s helpful database can be browsed by concerned citizens who fear that their savings were wrongfully taken from them when their bank suddenly collapsed with little to no notice. Up to $250,000 per individual can be insured by the FDIC, so if you once had money lost in a sudden bank collapse consider that you may be able to reclaim some or even all of it.

Have you collected your insurance?

Another frequent way that people allow their money to go missing right under their noses is ignoring insurance payments that they’re owed. If you’ve been faithfully paying for your car or home insurance for years, you’re almost certainly liable to collect a payout in the event of a sudden disaster. Car accidents or the destruction of your home can be sudden, jarring events which take up much of your time, however, which means it’s easy to allow those payments to slip through your fingers. If you bought auto insurance in Mississauga or have coverage elsewhere, be sure you’re collecting what you’re owed if a disaster has struck since you purchased your coverage.

Class action lawsuits, too, can be an unexpected source of income for everyday people who have found themselves embroiled in major scandal. When major institutions find themselves liable for hundreds of millions of dollars in legal payments as a result of a class action lawsuit, you could be entitled to some of that money if that corporation or institution negatively impacted your life. Online databases specifically focused on class action lawsuits should be browsed by anyone who fears they’ve been wronged but didn’t get a chance to collect their part of the repayments that have been issued.

Finally, remember that there’s treasure everywhere – if your property is situated in a historically prominent area, for instance, a metal detector could uncover hidden gems buried beneath your lawn. Similarly, dusty attics and forgotten storage rooms in the basement can be a source of unexpected wealth. When finding money that you never knew was yours, leave no stone unturned, and soon you may be enjoying an unexpected financial heyday.