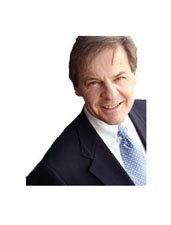 During campaign season, voters frequently hear the statement, “government ought to be run like a business.” How many businesses do you know would be willing to eliminate a profit center that realizes some $118 million per year in net revenue and another $120 million in taxes for a price that is speculative and which may come with some undesired consequences? Well, that is exactly what the Commonwealth is considering doing if it embraces Gov. McDonnell’s proposal to privatize the ABC stores.

While the precise proposal has not yet been outlined, the general principle is for Virginia, one of only 18 states that now run liquor operations, to sell or license the ABC retail operations to the private sector in exchange for cash up front. Estimates of the revenue from the sale range from $150 million to $500 million. That one-time influx of money would be dedicated to transportation, a critical need in the Commonwealth.