When is it OK to take photos of others? 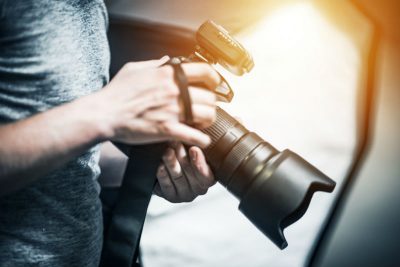 Nothing is more ubiquitous nowadays than taking photos and sharing them on various platforms such as Instagram and Facebook. The subjects of the photos vary, from food items to clothes to scenic views and even people, sometimes without their explicit awareness. Many of the photos taken are, of course, not of photography magazine quality but they hold enough color and life to tell stories or share information to others.

The phrase “without their explicit awareness” may ring some bells. If people are not aware that they are being photographed, it follows that they also did not permit being photographed or for a photo of themselves to be posted online. But the real question is this: do we really have to ask permission every time we take photos of other people?

Legally speaking, the answer is no. There are times when it’s legally okay to take photos of others, and we outline these instances in this article. We all should be mindful of these instances, especially if we have plans to profit from the photos or use them in court like pictures taken by surveillance companies such as the Diligence International Group.

People can be photographed in public places

When they are in a public place such as a beach or a city square, people can be photographed and they won’t have the right to sue the photographer. When we present ourselves in a public setting, we give up many claims to privacy. After all, you are already putting yourself in full view of others, and that might include the lens.

It is exactly because of this that celebrities try with all their might to conceal their identities when they are in public but not at work. They know that even if they don’t want to be photographed, they can’t do anything about it, aside of course from running and perhaps even politely asking the photographers to stop snapping.

Of course, even in public, shady photographing practices (e.g. upskirt shots) are still very much prohibited.

Public places are generally OK, but there are exemptions

Now, just because a place has “public” attached to its name doesn’t mean that photographers already have absolute freedom to do as they please. There are still public spaces where people can reasonably expect some privacy. Public spas and restrooms are good examples. They are “public” in the sense that they are open to everyone, but the expectation of privacy is still valid because of the sensitivity of the things being done there.

Another good example of a public feature where taking photos is prohibited are locker rooms and fitting rooms, even if they are designed for multiple individuals to use at once without partitions. Again, these places can have a lot of nudity, so it’s totally justifiable not to allow any form of digital recording there.

Now, there are properties that are owned by a private entity, but they are open to the public. Examples of this are stores, restaurants, resorts, and other similar establishments where events such as weddings and birthday parties can take place. While many of them adapt the general we’re-public-so-it’s-OK-to-snap rule, it is still wise to ask the owners or their deputies whether or not it’s okay to take photos. The right to allow or prohibit digital recording rests in the hands of the owners.

At a time when power and freedom seem to abound, acknowledging limits is necessary. When it comes to taking photos, there are rules that we need to follow to maintain order and essentially avoid lawsuits.