What we learned from how Waynesboro voted in 2020 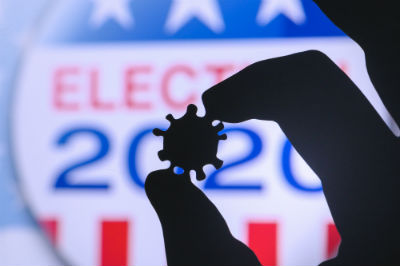 Joe Biden outperformed Hillary Clinton and Barack Obama in Waynesboro with his 46.3 percent showing in the 2020 election.

The head-scratcher: that the guy who barely tried actually ended up beating Mark Warner in the city in the U.S. Senate race.

No offense to Daniel Gade, but did he even run a TV spot?

I saw online that he did; I didn’t actually see it on TV, though.

Aside from a few yard signs here and there, it was hard to know that there was a Republican in the race.

Warner won his third term by an 11.7-point margin, but there was Gade, getting, yes, a bare majority in Waynesboro, winning by 49 votes, less than half a percent.

And then there was this oddity: that Ben Cline, not exactly an unknown entity in these parts, considering that he represented a House of Delegates district just south of us for 16 years before being elected to Congress in 2018, won Waynesboro, but not by all that much, over Democrat Nicholas Betts, who, if I can say that it seemed that Gade barely ran a campaign, I never got a single thing out of Betts, and I’m the editor of a progressive website based in the heart of the district in which he was running.

So, Cline underperforms, in my view, with Betts getting 43 percent entirely because he’s a Democrat.

Gade overperforms and actually gets a bare majority entirely because he’s a Republican.

The trendline there is consistent in terms of Trump relative to Republican candidates downticket – the basics there being: Republicans downticket generally ran a few points ahead of the president, which is how it is that Joe Biden won at the top, the Senate is a 49-49 split with two runoffs in Georgia to determine control there, and the House going relatively narrowly to Democrats, who had looked to build on their lead and didn’t.

I wanted to be excited as a Dem that Biden had outperformed Clinton and Obama in Waynesboro, and for context, Biden’s 46.3 percent needs to be considered against John Kerry getting 29 percent here in 2004.

Waynesboro is the rare city that tilts Republican. I point to there not being a college or university presence as being at least a factor there. Waynesboro also has a past – emphasis on past – as being a more blue-collar, manufacturing town.

We lost the manufacturing jobs 30 years ago; the mentality persists in those left behind.

The change in voting patterns that we’ve been seeing the past decade and a half probably has to do with residential growth in the Interstate 64 corridor attracting people who work in more liberal Charlottesville and Albemarle County.

The gap between D and R voters gets a little closer each election cycle.

Waynesboro is close to being a 50-50 city, but what we learned last week is that it’s still a Republican city, and might be for at least another cycle or two.

I write that as I look out the window of my home office, which sits along the I-64 corridor, and opens to more construction bringing more residential space for people moving to town who don’t care what Waynesboro was 30 years ago, only what it is now and can and will be.

I have hope in how Biden showed here, not so much with Gade beating Warner, but then … Betts. If 43 percent for a guy not trying is our baseline, this thing might turn around sooner than I think.