What UVA Football fans need to know about Louisville 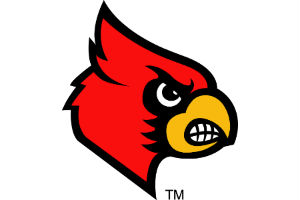 Depth will be an issue for Louisville, which has been dealing with COVID-19 positives and contact tracing the past three weeks, heading into Saturday’s matchup with Virginia.

The bulk of the impact has been on the defensive side of the ball. The Cardinals (2-5, 1-5 ACC) had to make a go of it two weeks ago against Virginia Tech without eight guys from its two-deep on defense, including three starters – most notably redshirt junior linebacker Monty Montgomery (Pro Football Focus grade: 58.4).

By last Wednesday, when the ACC moved the Louisville-Virginia game back a week to allow the Cardinals the chance to get better, there were a total of 22 players either COVID-19-positive or in quarantine, most of them on the defensive side of the ball.

How those numbers will look this week remains to be seen, but you have to assume Louisville won’t be at or near 100 percent on D coming in.

The offense can move it – averaging 435.3 yards per game, keyed by athletic redshirt junior QB Malik Cunningham (PFF grade: 68.8), who has thrown for 1,746 yards and 15 TDs, with eight interceptions and a 63.4 percent completion rate.

Redshirt sophomore tailback Javian Hawkins (PFF grade: 81.1) is putting up big numbers on the ground, averaging 117.4 yards per game and 6.2 yards per carry, and scoring seven of Louisville’s 12 rushing TDs.

The offensive line is pretty solid – allowing 18 sacks and 86 pressures on 271 dropbacks, and clearing the way for the Cardinals to run for 185.1 yards per game, fourth in the ACC, and 5.1 yards per carry, which is tied for third in the conference.

The issue for Louisville has been on defense, even when healthy – though the D was coming around just before COVID-19 put the 2020 season on the rails.

The 42-35 loss to Virginia Tech on Oct. 31 was combination COVID and three turnovers by the Louisville offense, which otherwise put up 548 yards on the Hokies.

The game on Saturday in a largely empty Scott Stadium will hinge on the health and readiness of a Louisville program that was getting better football-wise before COVID-19 took its legs out from under it.