What UVA Basketball fans need to know about Pitt 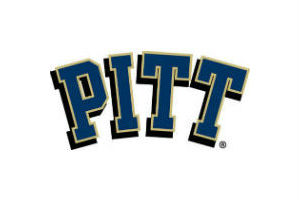 Remember the train wreck that Jeff Capel inherited when he got the job at Pitt?

Kevin Stallings was only there for two seasons, and took the perennial NCAA Tournament contender that he inherited from Jamie Dixon (11 NCAAs in 13 seasons) to an 0-18 ACC season in Year 2, in 2017-2018.

Capel knows a little bit about rebuilding. He’s the guy that started the cycle of VCU guys to go on to big programs, going 79-41 in four seasons before taking the job at Oklahoma, which by Year 3 there he had winning 30 games and playing in the Elite Eight.

And then two years later, in 2011, after a pair of back-to-back losing seasons, he was done, reduced to slinking back to Durham to rebuild his career at the side of Coach K.

His first Pitt team made some marginal steps forward, going 14-19 overall, a six-win improvement over Stallings’ last team, and winning three in the ACC, two of the three being Louisville and Florida State.

This year started with another win over FSU, which got heads turning, though three days later, the Panthers lost to Nicholls State, and where Pitt is now is more of the same in terms of back-and-forth.

Saturday’s game with UVA (18-7, 10-5 ACC) could be a bit of a last stand for the Panthers, who a week and a half ago were on the distant fringes of the NCAA Tournament bubble, and now have to be thinking NIT-or-bust.

Getting to know: Pitt

6’2” junior Ryan Murphy (8.9 ppg, 37.5% FG, 34.5% 3FG) has been slowly working his way back into the rotation after missing three games earlier this month after suffering a concussion in practice.

The limited minutes for Murphy have given 6’5” freshman Gerald Drumgoole (1.3 ppg) a chance to reach for the brass ring, but he’s been coming up short, scoring an aggregate five points on 1-of-5 shooting in 36 minutes in Pitt’s last three games.

But Huff has shown himself capable on the defensive end in games against smaller, quicker teams, which is a big plus for Bennett, because his best offensive groups include both Diakite and Huff on the floor.

I’d expect to see Diakite on Champagnie, who leads Pitt in shot attempts at the rim (111) and is the team’s second most efficient player in the paint (64.0%).