What UVA Basketball fans need to know about Notre Dame 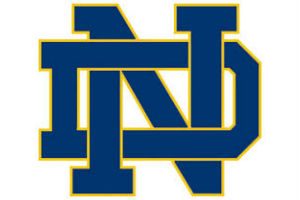 Mike Brey is getting the most out of the $20,000 fine that he got slapped on Notre Dame a couple of weeks back.

Remember that? How Brey complained after his team’s 85-84 loss at Florida State back on Jan. 25 that his team was getting hosed because the football program wasn’t a full ACC member?

Oddly, his complaint came after a game in which his team had almost double the free-throw attempts (27-14), but that’s just me letting the facts get in the way of a good story.

The good story being: since that incident, the Irish have won four in a row, and it hasn’t hurt that Brey’s guys are getting trips to the line (+17, 4.3 per game) more often than their opponents.

Which is interesting for a team that shoots as much from three as Notre Dame (15-8, 6-6 ACC) does: 45.5 percent of the shots from the field being threes.

It’s nice when you can bomb away and still get to the line.

Virginia wouldn’t know how that feels. The ‘Hoos (15-7, 7-5 ACC) are coming off a game that was lost at the line, when Louisville somehow got rewarded with 24 charity tosses in the final 20 minutes that helped the Cardinals overcome awful second-half shooting in an 80-73 win in the Yum! Center on Saturday.

Maybe Tony Bennett needs to channel something akin to Mike Brey energy, or whatever it was that also had Louisville coach Chris Mack, already getting every call, allowing himself nonetheless to get T’d up late when he didn’t get yet another to go his way.

Not asking for all the calls, but some of them would be nice, right?

Getting to know: Notre Dame

6’9” senior John Mooney, who it seems has been around for 11 years, is the building block for this Notre Dame team.

He probably gets yelled at a lot for that.

Interesting matchup kind of team here. Brey’s rotation is big with a 6’9”, a 6’10” and a 6’11” in the post, and for about two-thirds of the minutes, you have to be cognizant of all five guys on the floor being able to beat you from three.

If I was Brey, and wanting to complain about things, it wouldn’t have been foul calls, which are actually working out for Notre Dame this season, but rather, why in the hell are the Irish playing two ACC road games in three days?

Notre Dame won on Sunday night at Clemson. Game tipped at 6, was over by 8, postgame stuff with media, you’re out of there by maybe 9:15, on a plane to Charlottesville, I assume, unloaded and at the hotel by midnight.

Again, I’m assuming they didn’t fly back to South Bend Sunday night, and are then flying back Monday night or even Tuesday morning.

I can’t find anything definitive on this, but you could try that because the tip Tuesday night is at 9 Eastern.

Whatever the case there, Virginia played on Saturday in Louisville; the kids woke up in their dorms and apartments on Sunday morning, had a normal day on Sunday, Monday, Tuesday.

It seems to me that teams that get stuck with these doubles get one at home and one on the road as part of the deal.

I don’t see why the ACC is scheduling games like this anyway, if the focus really is on the needs of the student-athletes, but if you’re going to do this, at least treat everybody the same way.

Notre Dame is only an average team defensively (allowing 1.000 points per possession, 126th in D1, per KenPom.com), and ranks just 220th in defending the three.

Woldy went for 27 on 10-of-13 shooting from the floor and 7-of-10 shooting from deep in the loss at Louisville. You can’t expect him to put up those numbers every night, but if he can be a factor, that could be the key for Virginia to pull out the win.

Bennett could slide Woldetensae over onto Pflueger or Goodwin at the three and then try with Key to make it tough for Gibbs to get looks.

Just a thought there.