What UVA Basketball fans need to know about Michigan State 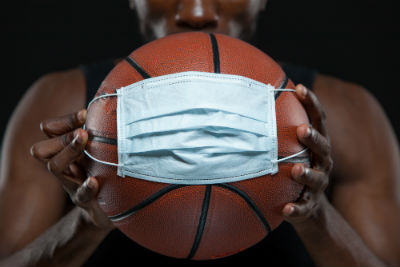 Michigan State beat Duke. There. Does that answer your question?

OK, now that I have your attention: Sparty also trailed Detroit Mercy by five with 10 minutes left in a seven-point win on Friday.

And led Western Michigan by two with 12 minutes left in what turned into an 18-point win on Sunday.

So: they’re as up-and-down as anybody else right now.

Turns out, and stop me if you’ve heard this, but, they’re brothers.

Michigan State will push the pace – 73.1 possessions per game, 84th nationally, per KenPom.com – keyed by 6’2” sophomore point guard Rocket Watts, who is scoring 13.6 points per game and dishing out 4.2 assists per game, shooting 44.6 percent from the field and 36.8 percent from three.

Hauser is actually the most effective player in transition, averaging 1.643 points per possession and shooting 70 percent, per Synergy.

He’s also their most effective post-up guy – averaging 1.222 points per post possession, shooting 71.4 percent on shots in the post.

Tom Izzo will go 10 deep with his rotation.

Expect that one to be basically even.

UVA, as is usual, ranks dead last in the nation in tempo (63.0 possessions per game).

This one, as practically every game, will play at Virginia’s pace.

Just wish we had it with fans. I’ve been clamoring for years for UVA-Michigan State in the ACC/Big Ten Challenge.

Seems a natural, from the Virginia fans perspective, after Sparty knocked us out of the 2014 and 2015 NCAA Tournaments.

That seems so long ago.

The Virginia-Michigan State game will be televised on ESPN and streamed live on WatchESPN.com and ESPN App.

Live statistics will be located on VirginiaSports.com and the Virginia Sports app.

The Cavaliers are 0-5 all-time vs. Michigan State in the series that dates back to the 1946-47 season.

Michigan State knocked the Cavaliers out of the NCAA Tournament in each of the last two meetings between the teams (2014 NCAA Sweet Sixteen 61-59 and 2015 NCAA second round 60-54).

Virginia and Michigan State meet for the third time in the Challenge. Michigan State topped Virginia 82-75 in East Lansing, Mich., in the 2002 Challenge, while the Spartans-Cavaliers 2001 Challenge game was halted due to wet floor conditions at Richmond Coliseum.