What to Watch For: NXT Takeover, Supercard of Honor 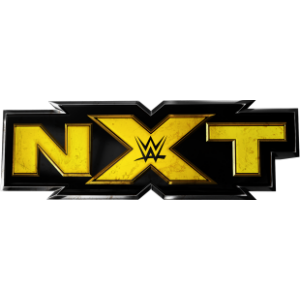 A busy Saturday night for wrestling fans unfolds in a few hours with NXT presenting Takeover: New Orleans and Ring of Honor offering up its Supercard of Honor.

Match of the Night: Cody vs. Kenny Omega

This one has been in the works for the better part of a year. The storyline between Cody and Omega and their struggle for control of Bullet Club has played out across two continents, in ROH and New Japan.

The psychology of this feud has been among the best that I’ve seen in wrestling. The split between the two led to the reunited Golden Lovers tag team of Omega and Kota Ibushi, pushed us into getting to see the Golden Lovers face off with the Young Bucks two weeks ago at NJPW: Strong Style Evolved, then last week’s New Japan match between the Lovers and the team of Cody and Adam Page that had the Bucks seeming to break with Cody.

Omega is, if not the best in-ring worker in the world, in the top two (see Kazuchika Okada), who was able to bring out a five-star match from the aging Chris Jericho at Wrestle Kingdom 12, and will no doubt be able to bring out the same or better from Cody.

This one feels like a war that is just getting started.

The winner is the inaugural NXT North American champ, which I like seeing, another opportunity for the guys in NXT to shoot for and hold a belt and gain legitimacy with fans.

It would seem a good spot to put over one of the developmental guys, and if it’s me choosing, I’m going with Velveteen Dream, clearly the best worker of the newbies in the ring and head and shoulders ahead of the others on the mic. The kid is a star in the making.

Almas faces off with Aleister Black for the NXT championship. Castle defends the ROH World Title against Marty Scurll. At least the Almas-Black match is likely the final match on the NXT card. The Castle-Scurll match is a placeholder for the Cody-Omega supermatch at the top of Supercard of Honor.

Gargano and Ciampa are former DIY tag-team partners who also happened to put on the match of the Cruiserweight Classic a couple of years back. Their match tonight could steal the show even as the likely opener.

Page is just now making his entrée into the top of the card at ROH and New Japan, but he’s showing himself to be worthy of the elevation. The match will Ibushi will only serve to raise his stock.