What the CFP needs to do to fix its stupid playoff 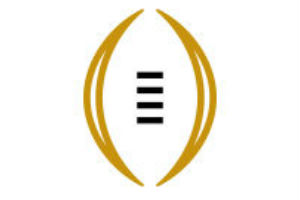 How dumb is this?

Same scenario in Charlotte for the ACC Championship Game. Virginia wins, they go to the Orange Bowl. Lose, Orange Bowl.

Baylor might – probably won’t – get a playoff berth if the Bears beat Oklahoma in the Big 12 title game.

Out in the Pac-12, similar. Utah might be in with a win, Oregon certainly isn’t.

Georgia can play its way in with a win over #2 LSU in the SEC Championship Game, and if that happens, LSU still might get in.

We’re playing championship games, and the winners get a trophy, but otherwise, the CFP does what the CFP does.

If you go to an eight-team playoff, which adds one week to the end of the season, you give the Power 5 champs automatic berths to the CFP, you give the best team from the Group of 5 the sixth berth, and then you have two at-larges.

If you go 16 for the playoff, which isn’t going to happen, but let’s just discuss, all 12 FBS champs get an automatic playoff berth, and then you add four at-larges.

That’s why you don’t go that route, incidentally. We don’t need the Sun Belt champ playing the SEC champ in the opening round.

But going eight, I think everybody’s happy there.

Wisconsin, Virginia, Baylor, Oregon, you got something to play for this weekend, other than pride, and also costing your conference millions.

Think about that part of it. Let’s say Virginia beats Clemson Saturday night; the Cavaliers are Miami-bound, and everybody in the ACC hates them forever, because Clemson is out of the CFP, and the playoff shares that everybody counts on vamoose.

Actually, count Virginia among those upset, in this case at Virginia.

An upset win is more costly in the stupid system we have in place now.

And so, we watch these games this weekend, and we’re rooting for … chalk?

Some fun that is.

Make the conference title games mean something, and literally everybody in Power 5 starts the season thinking, we can be in the playoff.

Win your division, upset the Clemson or Ohio State or LSU or ‘Bama in the conference title game, boom, you’re in the CFP.

Way it stands now, maybe 10, 12 teams start the season thinking they have a shot, and really, it’s maybe five or six that do.

I’ve always said that college football has the best regular season in sports, but then after Thanksgiving weekend, it’s the dumbest sport in America.

Nobody cares about the bowl games, and that’s not just a problem with the playoff as it now stands.

The bowl games have been dumb for a long time. They’re just especially dumb now.

Go with the eight-team playoff that I just laid out, and you get a meaningful conference championship game weekend.

As an added bonus, every single Power 5 conference game means something from the end of August through the end of turkey leftovers.

Because they all might impact who gets in to a conference championship game, and once you’re in that game, it doesn’t matter if you’re 12-0, 9-3, 7-5 …

Win that one, and you’re in.