What should be included in a trademark cease and desist letter?

Front Page » Business » What should be included in a trademark cease and desist letter? 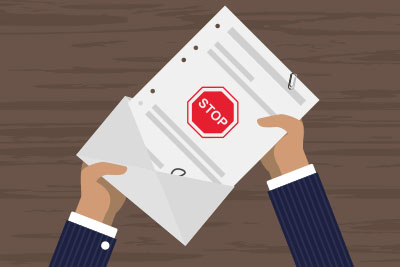 When a business is put in a position where their intellectual property or business name is being misused or exploited by another competing entity, a trademark cease and desist letter may be in order.

For the recipient of such a letter to take it seriously and for it to have the appropriate legal validity, business owners will need to know what should be included in a trademark cease and desist letter.

When it comes to the core elements that a cease and desist letter typically needs to include, here is the checklist that you have been waiting for.

In summary, the cease and desist will start off by highlighting the owner’s trademark rights, a description of the trademark, the goods and services associated with the mark, the strength of the mark, the first date the trademark was used, and the the extent to which the owner has proprietary rights to the mark.

The trademark cease and desist letter will describe the infringer’s trademark, their goods and services, and why this new mark infringes on the owner’s. The letter will also issue a series of demands that may include removing the trademark from any existing element of their business, paying profits, and a response by a set deadline.