What kind of video games are today’s women playing? 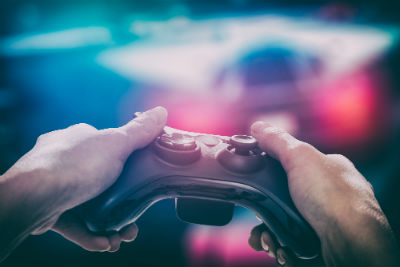 When the video game emerged as a popular way to spend leisure time, teenage boys were the first to flock to the trend. Over time, the landscape has changed. There’s a type of game for every interest and every kind of player out there. However, the gaming industry has long been a male-dominated one, both in terms of players and programmers. However, over the past decade, women have made great strides in changing the industry’s landscape.

Women and Games – What’s Hot and What’s Not?

These days, almost as many women enjoy playing video games as men. The market has developed significantly. Before 2010, video games weren’t often designed with a female audience in mind. Also, most marketing campaigns left out the idea of women as consumers. Today, women of all ages are a growing demographic for game designers. A game that draws attention from both male and female players has untapped potential.

Surveys over the past two decades consistently reveal that men and women have different preferences regarding the type of games they’re playing. Game designers face the struggle of adapting to a changing industry as female players, especially young women, are making their preferences known.

Today’s female gamer enjoys creating, exploring, and solving puzzles. Games that involve tasks such as building a house or tending a farm, for instance, are heavily female-dominated. Popular games where the point is to match or collect items to “level up” also attract more women than men. These types of games attract an audience that’s 70% female. Women opt for games that are easy to play “on the go” or are a fun distraction between other activities.

Card games have long been a popular source of relaxation for women. Since the early 2000s, places to play free solitaire online , free poker, and even free bridge tournaments have appealed to women who would not categorize themselves as gamers. The easy availability of these familiar games attracts women who don’t have time to pursue gaming as a hobby. The laid-back nature of these games makes them accessible to a wide range of people, but middle-aged women are most likely to play regularly.

Stereotypes That Hold True (and Don’t)

Today’s female gamers aren’t typically attracted to games that are pink and pretty. Many designers fall into this trap, creating products for women reminiscent of Barbie’s Dream House. For the most part, these fail quickly. Today’s females aren’t looking specifically for “games for girls.” However, some traditional stereotypes about gender-based preferences have been proven correct. The number of female players who enjoy tactical shooting and sports-based games is negligible. Even today, women account for under 5% of the market. First-person shooters and racing games also draw a tiny fraction of women as players.

It doesn’t mean that times aren’t changing. A few markets that were once the refuge of younger men are attracting women these days. Science fiction and high fantasy are drawing newer and younger female gamers in record numbers. Meanwhile, MMORPG games are heavily male-dominated, but the percentage of female gamers is snowballing.

Game designers and programmers who look years into the future when beginning a project have to consider these numbers. The chasm between male and female gamers is closing over time in many popular genres. Like all societal changes, this has not always been an easy transition. Nevertheless, it is a positive shift that’s changing the face of what it means to be a “gamer.”

It’s hard to deny the impact that women are having upon the gaming industry nowadays. With more women than ever before creating games, more women are, in turn, playing them. While there may have been a time when there were games for women and games for men, the gender divide is narrowing. The way the role of female gamers is reshaping the industry is leading to more innovative and creative projects being funded.

The days of games being tailor-made for teenage boys in need of a hobby have passed. The gaming world is on to bigger and better things, complete with an attitude of greater inclusiveness.