What is the abbreviation for tablespoon?

Front Page » Business » What is the abbreviation for tablespoon? 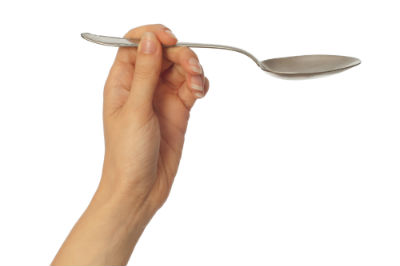 Abbreviations are intended to be a short, clear, concise way of conveying information. The most common use cases for abbreviations are charts, tables, instructions, recipes, coins, cities, states, and scientific terminology. For baking and recipes perhaps the most important abbreviation there is that for a tablespoon. While some may easily be able to discern the differences between it and other forms of measurement, it is still a large area of confusion and questioning. Below is the history of the tablespoon abbreviation, commonly confused abbreviations, and why it is important to keep track of what abbreviations are for what unit of measure.

The tablespoon as a unit of measure has an interesting history. In early Europe and parts of Canada the tablespoon was originally defined as the largest spoon present in a proper table setting. While the tablespoon had early history in the table etiquette of early europe it didn’t start being used as a unit of measures till apothecaries began using it. A tablespoon was equivalent to 4 drams in apothecary measure, now equivalent to .5 fluid ounces. This was then carried through history and within the United States the measure of a tablespoon is still equal to .5 fluid ounces. One interesting thing to note is that a tablespoon is not a universal unit of measure. In Australia the interpretation of a tablespoon is one that is equal to 2/3 of a fluid ounce. It is extremely important to be aware of these differences as recipes online may refer to the United States definition while another may be based on the Australian definition. Ensure you know which definition is being used for the recipe.

Overall the abbreviation for tablespoon is an important innovation to create a fast and efficient way of communicating the unit of measure. From its early origin in historic European dinnerware, all the way to its current day usage of a unit of measure, the tablespoon has had an evolution in function and utilization. The tablespoon abbreviation is a very thoughtful abbreviation that not only is able to be discerned from other spoon measurements, but is also able to convey the size relative to other units of measure by the utilization of a capital “T”.