What is AEW doing wrong with Kenny Omega? 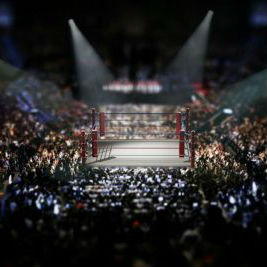 Kenny Omega, not that long ago the “Best Bout Machine” in New Japan, is facing criticism for his underwhelming stint in AEW.

In an interview with The Sporting News, Omega said the critics “will say I have done nothing, and that’s OK. They can say it, but the truth is far from it.”

Omega was as hot as anybody in the business coming off his title chase in New Japan, which saw him ultimately vanquish IWGP champ Kazuchika Okada in 2018 at the end of a series of matches with Okada that are among the best package of matches in pro wrestling history.

Omega would drop the IWGP belt at the end of his contract with New Japan, with the focus for much of 2019 being on the AEW startup, which launched in October.

Omega wasn’t the only top star signed to AEW to suffer in terms of lack of visibility from the long period of relative inactivity.

The booking that had Omega lose to Chris Jericho at the May 2019 “Double or Nothing” pay-per-view, keeping him out of the AEW world title picture in the fall, was understandable, in that it would help AEW to have a mainstream name like Jericho headlining the company, but it didn’t help get Omega over with those mainstream fans, and those who had been eagerly awaiting the arrival of Omega Stateside were left scratching their heads at what would be next for their guy.

That what would be next would be a bit of floating around. It’s hard to argue that his feuds with Jon Moxley and PAC didn’t include entertaining matches, but they didn’t lead anywhere, and his current run as AEW tag-team champ with “Hangman” Adam Page seems destined to a breakup and a feud between those two.

As entertaining as that would be to see in the ring, Omega is still a million miles away from being a focal point for AEW.

Omega, in the interview with The Sporting News, said what fans are seeing is him “trying to round out.”