What is a military status and service? 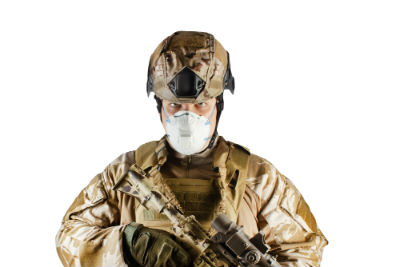 Military status is a service where a group or an individual in an army, whether as a result of an involuntary draft or as a volunteer. Some nations like Mexico require a particular amount of military service from every citizen, except for special cases like religious beliefs or physical and mental disorders. Most countries that use involuntary drafts only enlist men while only few countries enlist women. For instance, countries such as Norway, Israel and North Korea enlist both men and women. Unfortunately, only Norway has a gender-neutral involuntary draft system, where both men and women are drafted and served equally in terms.

There are many possible ways on how to serve your country in the military. Service members assigned to jobs which will fall based on their capabilities, test results, and service needs.

To give you a better understanding of the types of military services, here are as follows:

Active duty service is also called full-military service. In general, this is what most people think of when someone mentions that they were once in the military. Full-time service members are mandated to duty 24 hours per day, 7 days per week, with an exemption when on vacation leaves or authorized day-offs. Full-time service members serve in the Navy, Air Force, Army, Coast Guard, and Marine Corps; all branches of the military services fall under the same path of the United States Department of Defense.

ADT or active duty for training takes place when a qualified individual joins the Reserve where they will need to attend basic training and military school full-time first. Also, it’s not counted as active duty time for most benefits of the veterans.

There is a program called the Active Guard/Reserves or AGR wherein just like active-duty members, some members of the National Guard and Reserves also perform full-time active duty. Members of AGR provide day-to-day operational service needed to make sure that Reserves and National Guard units are ready to take action when needed.

How To Verify Your Military Status

It might be difficult to keep up with the laws and comply with SCRA, but it’s worth the hassle, as failure to do so might lead to penalties and worse, imprisonment. The most important step in verifying a person’s military status to search for their military service status.

To verify the military status of your clients, you must start with verifying military confirmations. While it is possible to do it by yourself, it is easier to rely with the help of Servicemembers Civil Relief Act Centralized Verification Service.

While it’s a given fact that there’s no need for you to worry about verifying military status for civilians, it’s true that most people do business and interact with the members of the armed forces at some point.