What are environmental groups doing to increase the diversity of staffs, boards? 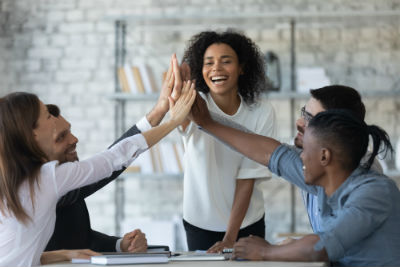 Dear EarthTalk: What if anything are environmental groups doing to increase the diversity of their own staffs and boards?
– Jake S., Queens, NY

This issue was in the news recently when 13 current and former staffers from the National Audubon Society, a leading environmental non-profit, spoke out against the organization’s management for maintaining “a culture of retaliation, fear and antagonism toward women and people of color.” One employee who quit voiced his perceptions of an uncomfortable reaction in the mainly white and male executive board when issues surrounding the lack of women and people of color came up. David Yarnold, President and CEO of Audubon, has rebutted the claims and has brushed off any responsibility for the actions and behaviors that people have attributed to him around issues of diversity.

“Audubon is not the first environmental organization to face allegations of racial inequity and most likely will not be the last,” says Andrés Jimenez, Executive Director of Green 2.0, a non-profit dedicated to increasing racial diversity within green groups. “The responsibility of creating a culture of diversity, equity and inclusion falls on the leadership of every organization,” he adds. “It should never be the burden of employees of color to have to fight uphill battles and face intimidation or harassment in order to accomplish something as fundamental as equal treatment and transparent processes for accountability.”

Dorceta Taylor’s 2014 study The State of Diversity in Environmental Organizations detailed bias along gender, racial, and class lines within 293 environmental groups. Key findings included that men were still more likely than women to occupy powerful positions in environmental organizations, and that while significant progress had been made on gender diversity, the gains had mostly gone to white women. Additionally, the state of racial diversity was lagging far behind gender diversity. “Homogeneous workplaces arise because of adherence to particular cultural norms, filtering, network structure and recruitment practices,” reported Taylor. “These are forms of unconscious or inadvertent biases that can lead to or perpetuate institutional homogeneity.”

In the intervening years since Taylor’s landmark study, several environmental groups have made strides toward becoming more inclusive and diverse. To wit, the Environmental Defense Fund (EDF) has implemented training workshops on implicit bias. Meanwhile, the Wilderness Society’s innovative “Urban to Wild” program works to make nature more accessible to city dwellers and people of color in urban communities. Additionally, the group has been working to increase racial and ethnic diversity through paid internships.

Another example is the Resources Legacy Fund (RLF), which moved its base to a bigger city and expanded its outreach to local schools and colleges in order to attract staff from more diverse backgrounds. And it’s not your granddaddy’s Sierra Club anymore: The environmental group that started it all back in 1892 recently adopted a comprehensive Multi-Year Equity Plan and Workplan Guidance.

“In the 21st century, the success of environmental causes will be based on our ability to transform into more just, inclusive and relevant organizations and movements,” concludes Green 2.0’s Jimenez.