What every homeowner needs to know about the phaseout of freon 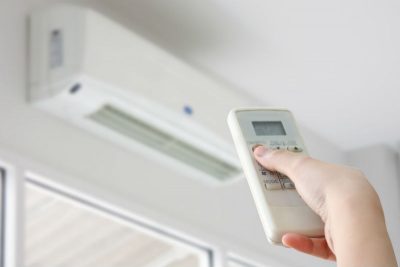 Freon is an important part of the modern home environment. We often use this gas for cooling air or for keeping food products or perishable items cold. A home’s HVAC systems and refrigeration units are where freon is commonly used within a structure. Freon gas is also known as r22 or r-22. The government has decided to eliminate r22 because of the damage that it is doing to the ozone. Let’s take a closer look at freon or the phaseout of r-22 and how it will impact you as a homeowner.

R22 is formally known as chlorodifluoromethane or difluoromonochloromethane. It’s commercial or popular name is freon. The gas has been in use since the early 1900s when refrigerators were starting to become standard appliances within people’s homes. Did you know that when refrigerators were first created, the manufacturers did not use freon to help keep things cool? Instead, they used toxic gasses such as ammonia, methyl chloride and sulfur dioxide as refrigerants. The problem with these 3 different gases is that they posed a high probability of poisoning a person’s system.

In the early days of home refrigerator use a few people died from using these appliances. As a result, people kept their refrigerators outdoors. No one wanted to use them within a closed environment because of the dangers that resulted from the unit’s gasses. The gasses also posed a fire hazard for people as well.

Eventually, two men by the name of Thomas Midgley, Jr. and Charles Franklin Kettering invented an alternative gas called freon. They used different types of chlorofluorocarbons to make this gas. Chlorofluorocarbons are also called CFCs and they contain elements such as carbon and fluorine. Halogens such as chlorine and hydrogen are also included in the freon mix. By the way, freons are colorless, nonflammable, noncorrosive and odorless gases. They can also be manufactured in liquid form. We’re going to talk more about freon based CFCs in a minute.

After Midgley and Kettering invented freon, the whole entire world changed. Why? Because markets could now store food at a cheaper cost and keep it fresh longer with refrigeration. Homeowners could simply use their refrigerators without putting them into the backyard or running the risk of dying from exposure to toxic gasses.

Refrigeration also allowed perishable food items and other products to be transported for greater distances. People could even freeze their foods for a longer time. They also helped to enhance commercial applications for different industries with the creation of freon. Vehicles could now have AC and many of the cooling and freezing processes that we take for granted today, was made possible by these two men.

In terms of refrigeration, people no longer had to purchase ice for ice boxes and no longer had to buy the units. Ice boxes were very popular during the late part of the 19th century and the early part of the 20th century. Homeowners used these simple units to store ice to keep their perishable items cold. However, ice boxes were phased out during the 1930s. By the early 1950s most homes didn’t have them anymore. By the 1960s, only a few homes had them. Today, you would be very amazed to see an ice box lingering inside of a person’s home.

While Midgley and Kettering created freon, they hid some of the damaging effects of this substance from the public. Midgley publicly endorsed freon as a poison free gas. However, he was lying. He was secretly suffering from lead poisoning which resulted from its use. Still, freon did not pose an immediate threat to homeowners. It was safe to use in a person’s house. Still, freon posed another problem that most people didn’t see at the time.

The ozone dilemma and freon gas

Sometime around the late 1960s, governmental organizations such as NASA began to do studies of the Earth’s atmosphere. This was an important part of their effort for space exploration and launching rockets into space. By 1979, NASA had figured out that CFCs were ruining the atmosphere in the ozone layer. Their discovery caused a lot of people to be concerned.

The ozone simply keeps the sun from making the Earth into a hot box. NASA figured out that freon or chlorofluorocarbons were primarily responsible for creating this condition. By 1987 a huge international summit called the Montreal Protocol on Substances that Deplete the Ozone Layer took place in Canada.

Montreal Protocol on Substances that Deplete the Ozone Layer summit was a treaty signed by most of the nations of the Earth. One of the main purposes of this treaty was to phase out the use of freon by the year 2020. This article that you are reading was written in 2019.

The following year 2020 is the time when at least 99% of all freon will no longer be produced and removed from homes, businesses and industries. The Montreal Protocol is the agreement that all nations of the Earth (such as America, Canada, the U.K. and China) will do away with freon. This is going to impact your life because of the changes that are now taking place.

How is r22 being phased out of homes?

The process of phasing out freon began back in 2003. Many homeowners were not even aware that this gas was going to be eliminated by 2020. So, if you purchased a home with an AC unit before 2010, then you will have to replace your AC unit or convert it to accept a more environmentally safe gas.

In 2010 the Environmental Protection Agency (EPA) no longer allowed businesses or industries to produce or import freon. They still did allow for the servicing of current freon based systems. The catch to this allowance was that there must be a supply of freon to carry out this activity. This is why many homes with freon based cooling systems can continue to receive servicing for their units. By the way, all sales of r22 can only be purchased by licensed technicians who are authorized to work with this gas.

The year 2020 will begin the phaseout of r-22 production, sale and importation. Once 2020 arrives, nobody is going to be able to get freon for their AC unit. If you have a freon based air conditioning unit, you will have to switch it over by the year 2020. If not, your summers going to be long and very hot. Still, there is one more loophole in this prohibition.

The EPA will allow for recycled freon to be used for servicing existing AC units. You should still keep in mind that recycled freon can only be reused in the system that it was recovered from. So, if your AC unit doesn’t have a lot of freon left in it for recycling, you can still have a long and hot summer. There are a lot of important rules for recycling and reclaiming used freon or r22.

What is going to replace freon and can you use it in your current AC unit?

Puron is the next chosen gas to replace freon. This gas is not perfect for the ozone, but it is less stressful than freon. It was chosen as freon’s replacement by many different nations who attended the Montreal Protocol. Puron is the commercial name of this substance.

This gas is also known as R410A, AZ-20, EcoFluor R410, Forane 410A, Freon 410A, Genetron R410A, and Suva 410A. Puron keeps things cools and it doesn’t the cause problems to the ozone. Puron operates at a higher pressure than freon. In short, if you put R410A inside of your freon based system you are going to mess it up.