What cities are doing to bring clean energy to their communities 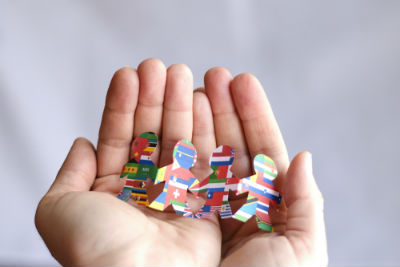 Mayors from all over the U.S. are stepping up and taking action to do their part in reducing greenhouse gas emissions. And although their efforts thus far have been mighty, they’re still encountering hurdles to make the transition.

One of the biggest issues they’re having is working within such a complex market with regulations that vary from state to state. This hurdle is understandable but the regulatory framework of these states is making it harder for cities to purchase renewable energy. Once cities figure out which renewable energy options are available to them, they can then look at the priorities of the city as a whole and the communities within the city.

They have to look at and consider the financial challenges that could come with it like how the city plans to finance the upfront costs associated with on-site solar panels. Then you have the contract negotiations to ensure that renewable energy is spread equally among the state and the communities within the city. On top of that, they have to look at how renewable energy will align with their current workforce development initiatives.

There’s so much more that goes into it than simply making the decision to do it, and making the decision to do it doesn’t always guarantee that those projects and initiatives will go through. The state of Virginia, on the other hand, is implementing solar projects that will generate 192 megawatts of electricity across the Commonwealth. Governor Ralph Northam actually just celebrated Virginia’s once-in-a-generation progress on clean energy by signing the Virginia Clean Economy Act.

These solar projects in Virginia have, of course, been approved by the Virginia Department of Environmental Quality. But that’s the thing… it has to be approved. Because of the hurdles that have to be overcome, cities are having to get creative in their approach to bringing clean energy to their communities. Here’s what they’re doing.

For many cities that want to take advantage of the benefits of renewable energy, they’re going to have to partner with their local utility companies. States with limited renewable options due to the regulatory structure of their electricity market may require the expansion of green tariff programs.

States like Connecticut have electric companies like Power Setter, which allows commercial and residential customers to compare and select electricity based on the price per kWh and what they find suitable for them. In 2016, Salt Lake City signed an agreement partnering with Rocky Mountain Power on the Clean Energy Cooperation Statment as a pledge to clear the air and address the threat of climate change.

Taking Advantage of the Power of “Buying Power” Across the U.S.

They say power comes in numbers, and in the case of bringing cleaner energy to various cities, this statement couldn’t be any truer. Mayors and other city officials are teaming together and joining forces to leverage the power of ‘buying power’ through virtual power purchasing agreements (vPPA).

Cities from all over the world are doing this and are even joining in multi-city and multi-state RFIs (requests for information) to get feedback on cleaner air efforts from developers to help them better negotiate terms of contracts that will benefit their city.

As wonderful as clean energy is for the environment, you wouldn’t think that it would be such a daunting task for cities and lawmakers to purchase renewable energy, but it indeed is, because it’s a lucrative market and industry aside from it being a natural resource.

Again, there’s a lot that goes into it but remember, there is power in numbers, and if your city wants to do its part in helping save the environment through renewable energy, go all the way to the top about it.