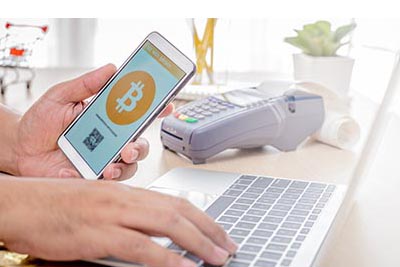 The cryptocurrency industry is perhaps in its golden days as its prices have been rising and the popularity is soaring up the sky. The global pandemic though did its share of harm to the world. It helped crypto reach an unprecedented level of success. The currency was still a safe haven, an alternate source of income before the pandemic, but after all of this happened, it became this fancy currency that even the world’s economies are running behind.

The facts and the reports vouch for the same. If we go by the numbers, crypto is in its best-ever stage. With the total market capitalization of the industry valued at $400 billion, it just couldn’t get better. Yet, it is getting better as there have been reports which claim that the crypto and Bitcoin market will soon surpass this previous limit and reach $414 billion probably by the time you end reading this article. Yes, its price is increasing and rising at that speed. To know more, visit Bitcoin Supreme.

Talking about its most powerful and strongest currency, Bitcoin its price has risen by 9 percent in the last 24 hours only. It is exceptionally good news considering the state of the world’s economy which is dilapidated. Amidst such a grim situation, it is just Bitcoin which is seeing such incredible success.

This whole month has been exceptionally great for Bitcoin. It breaks records over records and the whole Bitcoin community was left in utter surprise. The currency saw a steep rise in its mining, its trade, and its transactions all across the world. While previously there were only a few countries which made a considerable part of this trade but now bitcoin trades are happening in all parts of the world.

The pro-Bitcoin nations which of course are seeing a surge, there are another set of Nations who are joining the league and taking Bitcoin’s popularity to all-new levels. In the last month only, the price of Bitcoin had risen by a total of 39 percent. It’s so huge, we can only imagine how much people would have made during this month alone.

It reached an all-time high of $14,964 on Bitstamp and now it’s hovering to reach another high of $15k. That’s a very steep rise and it’s making the whole Bitcoin community go gaga over it. In fact, some analysts have even claimed that the success and price rise of Bitcoin will be even higher in 2021. Despite, 2020 being such a great success for Bitcoin, 2021 is predicted to be the year of Bitcoin so we can only imagine what success it will be witnessing next year.

So, in technical terms, it won’t be an overstatement to say that 2021 is going to be a parabolic year for Bitcoin. This last happened in 2013 and 2017 when Bitcoin price rose to a very high level considering the last year’s price and the same pattern is expected to be repeated again this year.

The miners are on their toes, mining huge sums of Bitcoin, the trade is at an all-time high, the world governments are opening their door for Bitcoin, big whales are investing a major part of their money in crypto, major financial assets management companies are keeping reserves in Bitcoin and PayPal has announced its adoption of Bitcoin for transactions.

Now, all of these reasons point to only one thing that the Bitcoin trade is only going to get bigger and better. Though Bitcoin is the dominant crypto currencies others are witnessing a similar fate. Along with Bitcoin, currencies like yoyow, refereum, gifto, ankr, machine xchange coin, deep brain chain, terra, and celsius also gained in the period. Currently, it is hovering around $15k but it won’t be long when the currency reaches the $20k mark.

This is just a trailer of what’s going to happen shortly, we cannot even imagine the kind of success it will achieve in the coming years. The Bitcoin trajectory of success is all planned out till 2025 and it will leave you in utter surprise if we talk about those high numbers now. It is predicted to become the world’s largest company by marketing capitalization in a few years and then it will be Bitcoin governing the world economy and not the other way round.