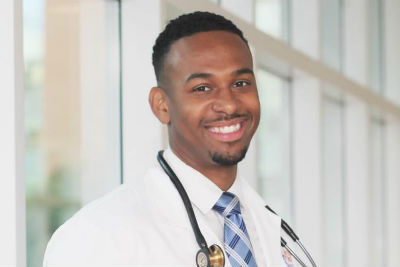 The campaign of Fifth District Democratic congressional nominee Dr. Cameron Webb has released a new ad highlighting supporters in law enforcement and his platform on issues of policing.

The ad draws on Cameron’s upbringing as the son of a law enforcement official who spent decades working at the DEA and Cameron’s platform on supporting and investing in policing as part of a comprehensive plan for criminal justice reform.

It will air across VA-05 starting today, and will run on broadcast, cable, and digital platforms.

The ad features testimonials from a number of prominent former and current law enforcement officials from the Fifth District.

“Serving as Sheriff of Fluvanna County for over 14 years, I know the struggles our police officers face and why it’s critical to have leaders who support law enforcement” said former Fluvanna County Sheriff Ryant Washington, who now serves as deputy secretary of public safety and homeland security in the administration of Gov. Ralph Northam. “That first-hand experience is why I am proud to endorse Dr. Cameron Webb for Congress. From his upbringing in a law enforcement family to his views on investing in policing, I am confident that Dr. Webb will be the right leader for Virginia’s Fifth District and a congressman that law enforcement can trust.”

“I trust Dr. Cameron Webb to be an advocate and partner for law enforcement in Congress and that is why I am endorsing him” said former Campbell County Sheriff Steve Hutcherson. “He will push for the right reforms to ensure police officers have the tools they need to fight crime and keep our communities safe.”

“Working in law enforcement, I know that Dr. Cameron Webb is the right leader for VA-05″ said Albemarle Commonwealth Attorney Jim Hingeley. “Dr. Webb’s personal understanding of the importance of law enforcement from his father and his thoughtful approach to policy give him the right perspective as an advocate for criminal justice reforms in the halls of Congress.”