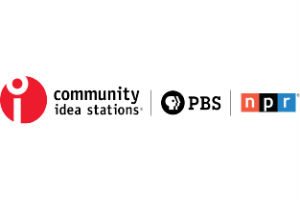 Among those honored were the documentary “Charlottesville,” which examines the events leading up to the tragedies of August 11 and 12, 2017; the “Virginia Currents” episode “Survivors Who Empower; Art of the Journey,” which shares two harrowing yet inspiring stories of survivors dedicated to empowering others and discusses the benefits of making art; “Charlottesville Inside-Out” host Terri Allard’s conversation with former U.S. Poet Laureate and Charlottesville resident Rita Dove; and “Blackbird: Legacy of Innovation” a documentary by production partner 19RED about the innovative aircraft SR-71 Blackbird, one of which now resides at the Science Museum of Virginia.

Full award information is provided below:

“Survivors Who Empower; Art of the Journey”

“A Conversation with Rita Dove”

Other nominees from WCVE/WHTJ PBS and partners included

“I am so proud to have our station, together with one of our producing partners, recognized in this way,” says Jayme Swain, President of the Community Idea Stations and CEO of the Virginia Foundation for Public Media, the Stations’ parent company. “As public television, our role is to shine a light on the issues that are important to our community, especially those that may not otherwise receive the attention they deserve. It’s so gratifying to have the support of the audience and the recognition of the National Capital Chesapeake Bay Chapter for this important work.”

These awards represent a significant accomplishment for the Richmond-headquartered Community Idea Stations whose public television stations reach over 300,000 viewers throughout central Virginia and the Shenandoah Valley.

“The Community Idea Stations’ producing team is proud to tell stories that resonate throughout the Commonwealth and beyond,” says John Felton, Vice President and Manager of Television. “We look forward to expanding our programming services in the coming months and thank our viewers for their support.”