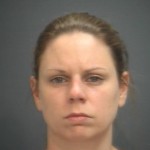 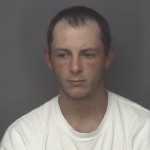 Joseph Brian Smith, 32 years old, and Nickole Elizabeth Santiago, 31 years old, both face six felony charges each stemming from the two day crime wave in which they racked up nearly $2,000.00 in purchases from two Waynesboro stores.  On September 5, the victims, an Augusta County couple, reported to the police department that credit cards stolen from their residence in Augusta County had been used at the Lowe’s and Kohl’s stores in Waynesboro in late August.  Officers tracked the fraudulent purchases to Smith and Santiago who are acquaintances of the victim’s son.

Over two days, Smith and Santiago used the credit cards and other personal identification from the victims to buy jewelry, clothes, tools, cleaning supplies and other merchandise from the box stores.  When an officer investigating the case located Smith at his residence, he was wearing a belt and watch that he purchased from Kohl’s.

They were arrested by the Augusta County Sheriff’s Office on September 16 at their residence in Stuarts Draft.  They are being held without bond at Middle River Regional Jail.