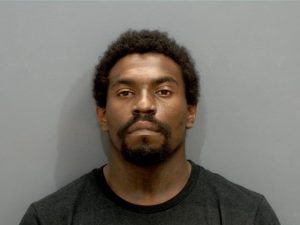 A Waynesboro man has been charged with murder in connection with an April 10 death on Ivanhoe Avenue.

Donte Lamon Harris, 30, has been charged with second-degree murder in connection with the shooting death of 47-year-old Jim John Cash.

Harris is currently being held at the Middle River Regional Jail without bond.

The Virginia Department of Forensic Science determined on May 29 that Cash’s death was a homicide and that the cause of death was a gunshot wound.

This investigation is ongoing and further charges may be filed at a later date.

Detectives continue to request that anyone with information about this case to call the Waynesboro Police Department at 540-942-6675 or Crime Stoppers at 800-322-2017.