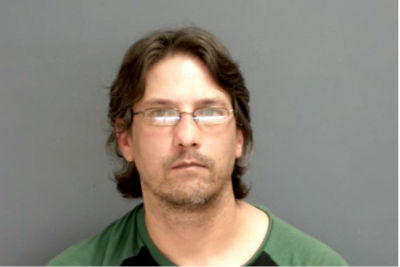 A Waynesboro man was arrested on Thursday on 25 charges involving alleged production, distribution and financing of child pornography.

Christopher Harold Baker, 38, was taken into custody after an investigation that was launched on Sept. 23 based on a complaint from the Internet Crimes Against Children Task Force that a computer user in Waynesboro was uploading and downloading child pornography.

A search warrant was executed in the 300 block of Commerce Avenue at Baker’s residence, and in the course of executing that search warrant, several pieces of electronic equipment were seized for forensic examination.

After the forensic analysis of the seized electronic devices, 25 images of child pornography were discovered.

Baker is currently being held without bail in Middle River Regional Jail.