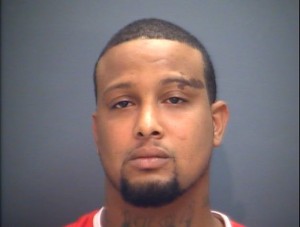 Adam Kristopher Ring, 30 years old, faces one felony charge of Malicious Wounding after he struck the 51 year old victim in the face in an unprovoked attack.  At approximately 4:30 p.m. on September 12, officers and the Waynesboro First Aid Crew responded to the 300 block of South Laurel Avenue for a report of a man who had been assaulted.  When they arrived they spoke with the victim, who stated that he had just gotten home from running errands when he saw Ring sitting in a vehicle near his residence.   The victim yelled at Ring and told him to leave the area at which point Ring got out of his vehicle, approached the victim and struck him once in the face.  The victim told the officers that he believes Ring struck him with a firearm.

According to the victim, Ring and he were neighbors a couple of years ago near fairfax hall. The WFAC transported the victim to the Augusta Health Emergency Department.  He was transferred to the University of Virginia Medical Center with multiple facial fractures.

Officers arrested Ring at his residence on Henry Avenue on Saturday night.  He is being held without bond at Middle River Regional Jail.